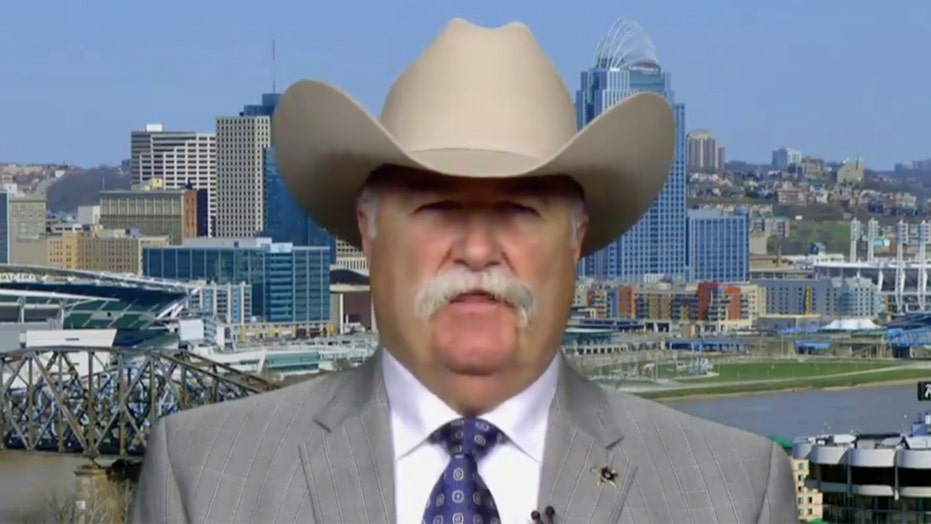 An Ohio sheriff known for his bold statements is calling out Hollywood liberals who oppose President Donald Trump - offering to buy them one-way tickets out of the country if the president wins reelection.

“It’s that time of election year again,” Butler County Sheriff Richard Jones posted on his office’s official Facebook account, stylized to look like a news release. “Celebrities threatening to leave the United States if the President is re-elected.  This happened in 2016 and it is believed not one celebrity left then and it appears the same threats are being made this election year.”

The statement said Jones would “like to extend an invitation to put money towards a one-way ticket for any celebrity that would like to leave the country this time around if President Trump is re-elected.”

OHIO SHERIFF: IF YOU SHOOT AT POLICE, 'EXPECT US TO SHOOT BACK'

Jones has made a number of bold statements in the past.

In early September, he issued a warning to people who “abuse police” that “you shoot at police, expect us to shoot back.”

“I will not allow my deputies or any law enforcement officer in Butler County to take the abuse I have seen over the past several months,” he said. He noted reports of water being dumped on New York City officers, Portland, Ore., police being attacked with frozen water bottles and lasers, and shootings of police nationwide.

“If you come to this county expecting a free pass to harm one of my men or women in uniform keep in mind, nothing in life is free,” he said.

He also indicated in July that he would not “be the mask police” in response to Ohio Gov. Mike DeWine’s coronavirus mask mandate.