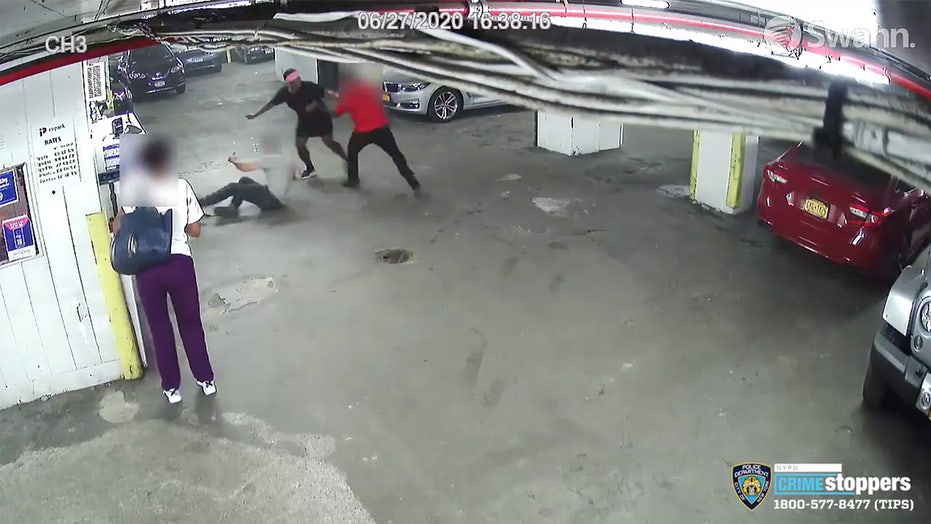 Police are seeking a suspect in the brutal stabbing of a 52-year-old man at a New York City parking garage Wednesday.

Surveillance footage released by authorities shows the 52-year-old man being pursued by a knife-wielding individual as he runs into a parking garage. After turning a corner, the victim stumbles to the ground.

The suspect appears to stab him multiple times with the knife. A man in a red shirt who had been in the parking garage attempts to intervene but jumps back to avoid being stabbed.

The man manages to help the victim to his feet and the two disappear from view as a woman at a ticket machine looks on. The suspect, wearing a pink bandana and all black, is briefly seen on camera.

Police are asking anyone with information on this incident to call NYPD Crime Stoppers at 1-800-577-8477. No further information was released.