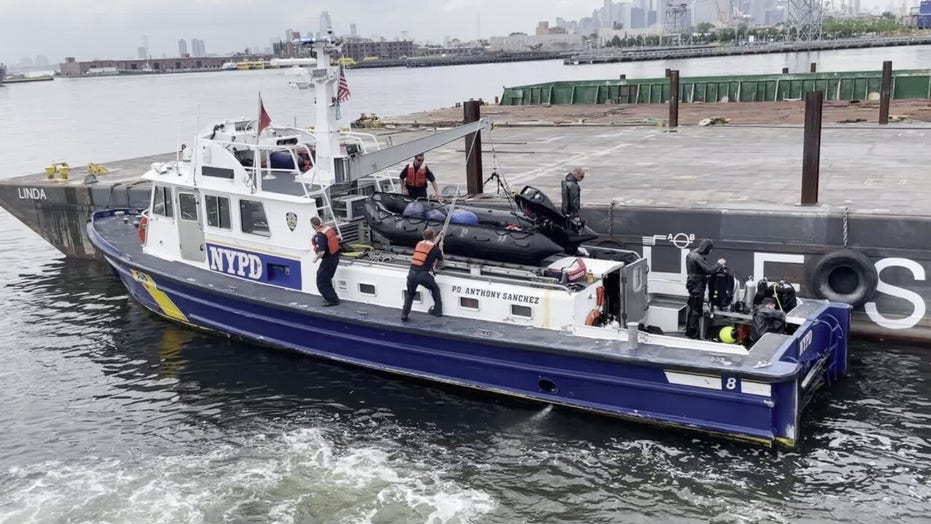 NYPD Harbor Unit preps for the Fourth of July

As most Americans kick off their Fourth of July celebrations, the New York Police Department’s Harbor Unit remains all hands on deck to ensure the city’s safety over the holiday weekend.

In addition to their usual search and rescue duties, counterterrorism efforts, facility patrols and more, Harbor Unit officers will have all eyes on the East River on Sunday, making sure the Macy’s fireworks spectacle goes off without a hitch.

Even before the 65,000 fireworks are placed on the barge just off Red Hook, the unit’s scuba team sends divers to inspect every inch.

"This is something that’s been a recent change coming up on the 20th anniversary of 9/11," said Lt. James Donnelly, head of the scuba team.

"We're checking under these barges for any sort of anomalies -- anything that looks like a bomb, something that could hurt anyone. Because obviously this would be an excellent terrorist target."

As thousands of people watch the fireworks from the water on crowded commercial and private boats, the harbor patrol will be gearing up for the most difficult part of their evening.

"The most stressful is after the fireworks, when you have the less experienced boaters trying to get back to their home ports in the dark," Russo said.

The combination of alcohol and boats is a dangerous one, he said, especially when factoring in low visibility at night.

"Other than focusing our efforts on where the crowds are going to be, we don't treat this day any different than we do any other day," Russo said.

"Every day we're doing counterterrorism initiatives, escorting ferries, we're driving bridge stanchions, we're diving ship bottoms. So we if we treat every day the same, hopefully, we can prevent that attack."