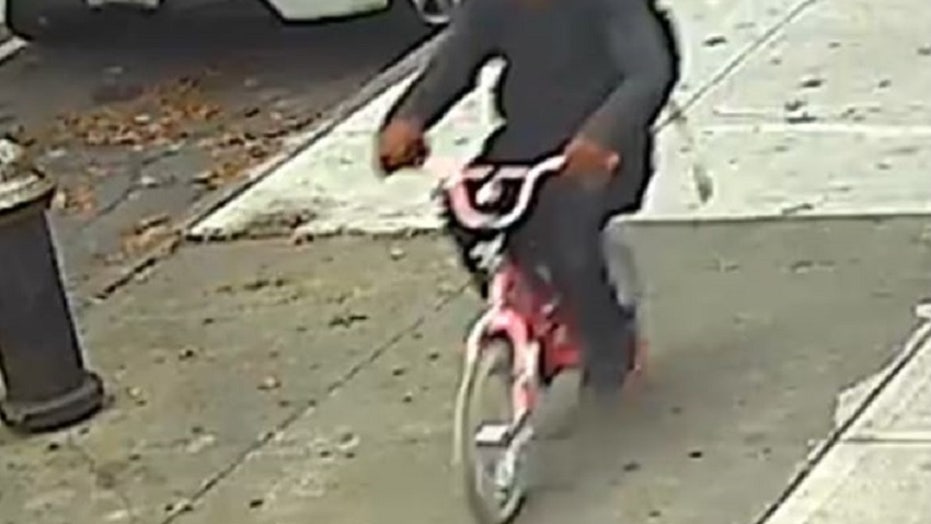 A thief riding a pink bicycle with butterflies on it in New York City robbed a 10-year-old girl of her cell phone before peddling away Wednesday, police said.

The girl was walking to school in Queens around 8 a.m. when a male on a girl's bicycle approached her, the New York Police Department said.

A thief riding a pink bicycle with butterflies on it robbed a 10-year-old girl for her cell phone, police said. (NYPD)

He then forcibly took her phone and sped off, authorities said. The girl reported pain in her hand and was treated by a school nurse.

The alleged thief was captured on security cameras getting snacks from a nearby convenience store.  (NYPD)

The NYPD released images of surveillance footage of the suspect on the bike and inside a convenience store buying snacks. Robberies in the city are slightly down, according to police data.