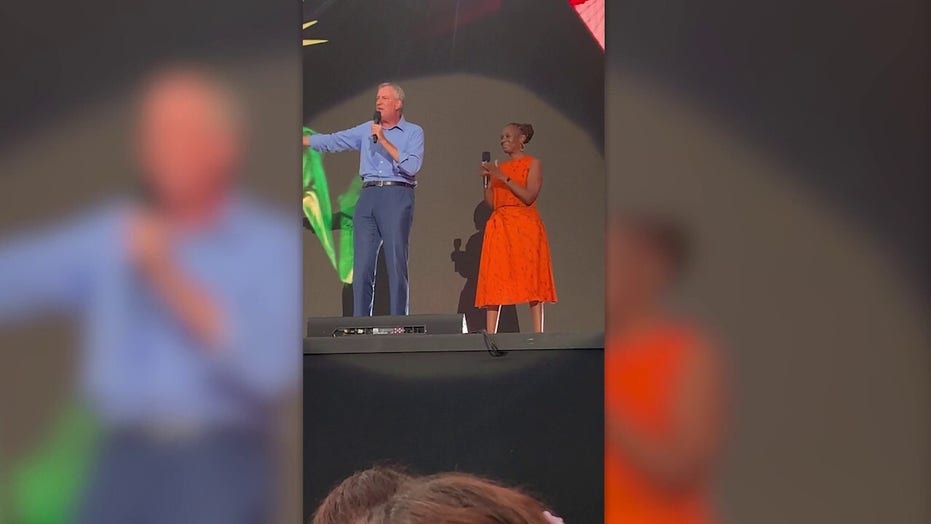 Mayor Bill de Blasio, taking the stage at a "Welcome Back NYC" concert, was inundated with boos from some in the crowd hours before the star-studded musical event that drew thousands of attendees required to show proof of vaccination before entering was cut short due to lightning.

"I want you to thank Clive Davis for making this possible," de Blasio said, acknowledging the 89-year-old music executive who spent weeks producing the concert meant to signal the return of city life.

De Blasio had to speak over boos from some in the crowd. Even as one young man gestured thumbs down not far from the stage, the mayor continued speaking seemingly unaffected by the crowd’s reaction, touting that "75% of all New Yorkers are vaccinated now."

The homecoming concert was being broadcast by CNN when a severe weather warning was issued, and crowds were instructed to exit the festival area and seek shelter as lightning lit up the sky. Tropical Storm Henri was barreling toward the northeast at the time before it made landfall Sunday.

In an effort to fill air time, CNN’s Anderson Cooper asked Barry Manilow to phone into the show, having him sing a few verses of his song, "I Made It Through the Rain." De Blasio took the stage again, telling anyone within earshot, "We want to bring the concert back," but those who remained should seek temporary shelter nearby to wait out the storm.

Finally, another announcement was made around 10 p.m. that the concert had been canceled.

The concert was canceled before major headline acts, including Bruce Springsteen, Patti Smith, Paul Simon, Elvis Costello, Maluma, and The Killers, were able to perform. Earlier in the show, Steven Colbert took the stage to say, "It is a privilege to live any part of your life in New York City."

Sen. Chuck Schumer, D-N.Y., had also taken the stage at one point to declare, "New York is back."

"We all know that COVID hit us first and hardest and longest. And all the naysayers said New York would never come back," he said.

The event comes the same week that de Blasio’s order took effect requiring restaurants, gyms and other indoor businesses in all five boroughs to check patrons and employees for proof of vaccination. Issued amid an onslaught of new cases driven by the delta variant, the mayor still allowed the concert series to continue, as outdoor crowds Saturday mostly went without masks.