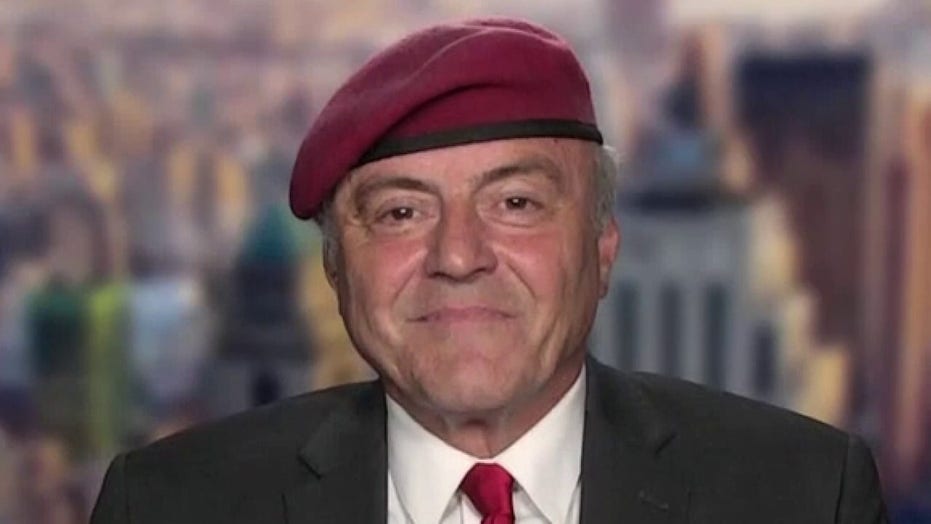 Eric Shawn: Curtis Sliwa on his campaign for NYC mayor

New York City mayoral candidate Curtis Sliwa, a Republican, is sounding the alarm on what he calls the "slow creep of CRT," or critical race theory, into the city's public schools.

Democratic Mayor Bill de Blasio recently committed $635 million to help students' academic recovery after the pandemic, and Sliwa took issue with more than $200 million that will go toward a diversity-focused curriculum.

"I got three sons in public schools, all of whom should have been redshirted – as all children should have been redshirted because we stole an academic year from them in which they spent half the time playing Fortnite and Roblox instead of listening to instruction – if they even had a laptop," he told Fox News Wednesday. "Instead of doing that and leaving everyone back and allowing them to progress academically, we're talking about the problem [of] systemic racism."

He argued that New York City public schools and teachers should be more focused on working through behavioral issues in the classroom and teaching basic reading, writing and arithmetic skills, especially at the elementary and middle school levels, than focusing on lessons about race and culture.

"Let's face it. If the kid can't read, if the child can't write, if the child can't function in a classroom atmosphere, how can [educators] anticipate creating a culturally diverse curriculum that is going to address that problem?" he said. "So it's back to the basics. It's what I was raised with. It's what most Americans were raised with. It worked for our generations. Why are we changing it for this new generation, and in fact, handicapping them?"

He added that he believes schools are no longer "teaching them the basic history, the basic civics and the basic patriotism that we were all raised with," and that basic history lessons, such as lessons about the Holocaust and World War II in general, may lead to less violent crimes committed against the city's Asian and Jewish populations.

The Guardian Angel candidate running on a "refund-the-police" platform noted that De Blasio committed $23 million to anti-bias training for public school teachers in 2018.

"The problem in the classrooms of our public school system is not any bias that teachers have. It's not systemic racism that is causing the classrooms to be unmanageable with young people who are not only truant but disruptive in the classroom," he said. "It's the children and the young adults who need sessions in behavioral management and how to behave in school because clearly, they're not getting that at home."

Educators should be focused on teaching good "behavior," he added.

"It should have been taught in the home before the child was even enrolled in school, junior high school, high school. This is the ongoing problem," he said.

"That means we're not focusing on reading, writing, arithmetic, and the most important is teaching our children respect to the administrators, safety officers and the other school personnel," he said. "That's where the problem is. And everybody wants to avoid it."

Sliwa also criticized a push to block the New York Police Department's supervision of public schools and the use of metal detectors before students are allowed inside.

"Knowing that many gang members go to schools, if for nothing more [than] to recruit and sell drugs, they're going to be able to resolve their disputes in the classrooms, in the lunchrooms, within the school buildings itself, because now they won't even fear… a pat-down or having to go put their backpack through a metal detector," he said. "This is not focusing on what the real problem is."