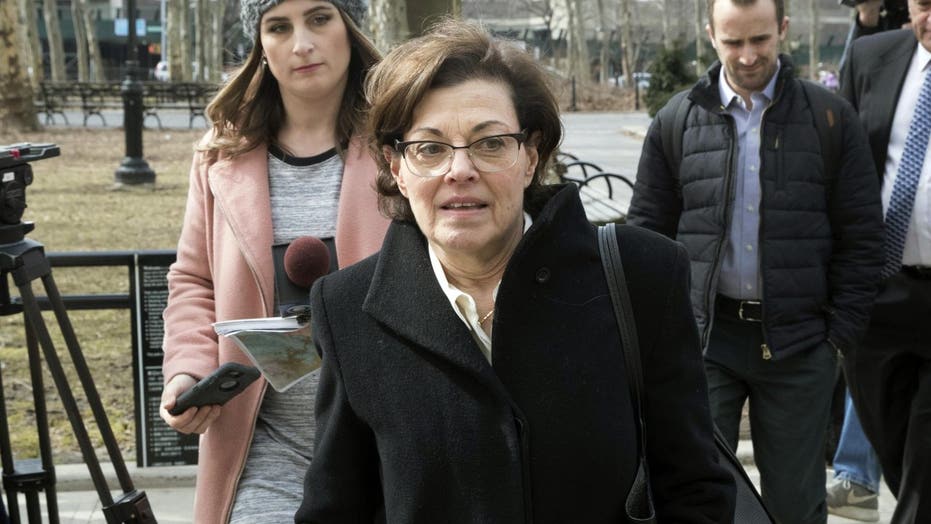 New York residents affected by NXIVM, the cult-like organization once advertised as a self-help group, are speaking out about Nancy Salzman's prison sentence.

Salzman, who was NXIVM's co-founder alongside convicted felon Keith Raniere, was given a three-and-a-half year sentence on Wednesday in Brooklyn federal court. She is the fourth of Raniere’s five co-defendants to be sentenced in the case.

Raniere's former girlfriend Toni Natalie, who left NXIVM years before it was exposed, as well as a citizen who once lived in the same upstate New York neighborhood as Raniere and his NXIVM cohorts – including former actress Allison Mack – admit they are relieved Salzman received prison time for her crimes.

Natalie, author of "The Program: Inside the Mind of Keith Raniere and the Rise and Fall of NXIVM," attended Wednesday's hearing.

"It's a wonderful day in Brooklyn, New York. Nancy Salzman received 42 months in federal prison. She starts her sentencing on January 19, 2022," Natalie shared with Fox News. "I could tell by her body language, and the response of her attorneys they were shocked! We were all thrilled."

In this March 13, 2019 file photo, Nancy Salzman, center, arrives at Brooklyn federal court, in New York. Salzman, the former president and co-founder of NXIVM, was sentenced Wednesday, Sept. 8, 2021, to 42 months in prison and fined $150,000, but won't be locked up until January.  (AP Photo/Mary Altaffer, File)

"It feels really, really good," Natalie added of the outcome in court. "I wasn't sure this day was going to happen and I am so thrilled it did."

"It was you, Nancy, you, who let the monster out," Natalie said. "When Keith found you, he found his perfect match, his perfect evil partner. You knew early on of his attraction to young girls and with you by his side, look what he was able to do with so many of them."

In addition to serving time in prison, Salzman was also ordered to pay a $150,000 fine, have no contact with anyone from NXIVM and will have three years of probation upon her release.

Meanwhile, one resident of Halfmoon, New York, whose neighborhood was rocked by the scandal following Raniere's and Mack's arrests in March 2018, said Salzman's sentencing has finally provided some closure.

"Wow. Now this is closure. As I walk around near Keith and Allison's places I can say it's over and they will never set foot here again," the neighbor told Fox News from their residence, which was just a short walk away from where Mack branded sex slaves. Mack was sentenced to three years for her involvement in NXIVM in June.

"What went on there makes me crazy. I had family here many times and all this was going on at night. It's crazy," the neighbor added.

Salzman donned a white blouse and black pants for her day in court. The 67-year-old apologized for her senior role in NXIVM, which was exposed to have operated a secret society known as "DOS" that groomed women, including minors, as sex slaves for Raniere. She also claimed to be a victim of NXIVM and Raniere herself, and told Judge Nicholas Garaufis that she didn't deserve to go to prison.

"You were Mr. Raniere’s second-in-command and shared his power," Garaufis said in court via the New York Post. "You enabled and facilitated Mr. Raniere’s heinous crimes. In your 20 years at NXIVM, the door was always open but you never left."

Salzman will begin her sentence on Jan. 19 after undergoing a medical procedure.

Salzman's sentencing took place a little over a month after her daughter Lauren Salzman, also a co-defendant in the case, was sentenced. The judge handed the younger Salzman five years probation for her role in NXIVM and 300 hours of community service.

Meanwhile, Raniere is currently serving 120 years behind bars. Clare Bronfman, a Seagram's heiress whose fortune was used to back NXIVM, is also serving six years and nine months.