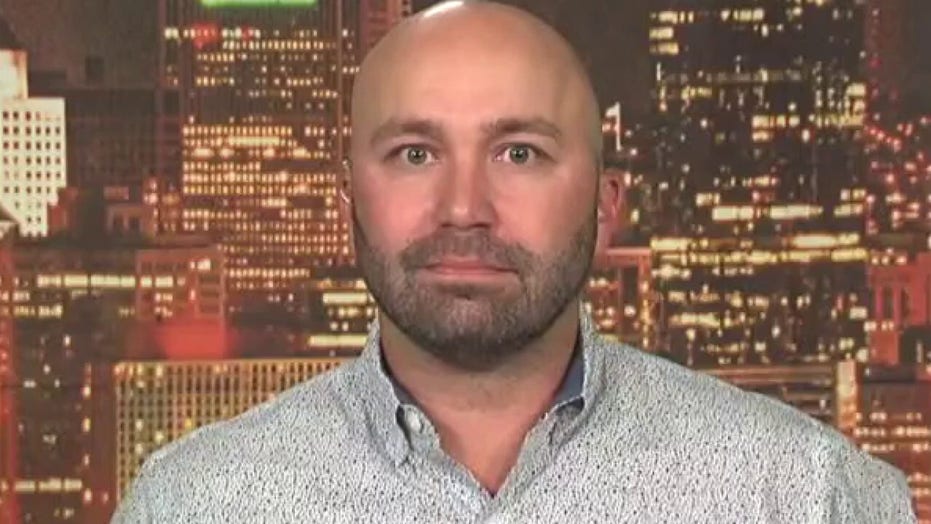 Democratic presidential nominee Joe Biden was against fracking before he was for it.

North Dakota Gov. Doug Burgum is facing criticism after seeking to repurpose $16 million of emergency coronavirus federal funding for grants to encourage fracking across the state.

That’s just a portion of the total $221 million in federal funding left over from the state’s COVID-19 response and recovery efforts approved for reallocation by the North Dakota Emergency Commission on Friday, the Grand Forks Herald reported. The six-member board includes four state legislators, as well as the secretary of state of North Dakota, and Burgam as chairman. All are Republicans.

Under the CARES Act, North Dakota initially received $1.25 billion from Congress at the onset of the pandemic. The leftover funds must be spent by a December 30 deadline.

State Mineral Resources Director Lynn Helm introduced a plan to reallocate $16 million toward grant funding to encourage oil companies to frack wells. He proposed the companies could be eligible for a $200,000 reimbursement per well they complete. They could use the money for acquiring and disposing of water used in the hydraulic fracturing process, in which water, sand and chemicals are injected underground to crack rock and release oil.

Environmentalists and some state Democratic lawmakers have railed against the proposal, equating it to a bailout for oil companies. But proponents say the plan will help create jobs, as much of the country struggles to recover from the economic fallout of the pandemic.

“This money is supposed to help North Dakotans recover from the pandemic and support working families, not serve as another handout to an industry that is already at full workforce," state Sen. Tim Mathern, D-Fargo, said in a statement. "This is more of the same insider spending that gave us the world-leading COVID-19 outbreak. It’s a misuse of taxpayer dollars in the middle of a crisis."

The Sierra Club also called it “totally inappropriate” to put some of the $1.25 billion the state received under the coronavirus rescue package toward fracking.

“A direct subsidy payment to oil companies to drill for oil is outrageous,” said Wayde Schafer, spokesman for the organization in North Dakota.

The plan was approved unanimously by the emergency commission last week, and now the Legislative Budget Section is expected to take an up or down vote at its next meeting on Oct. 28.

Helms said oil companies have been hit hard by the price drop resulting from the pandemic, leading to slow work in the state's oil fields. He said repurposing the $16 million will keep 500 to 1,000 people employed through the end of the year.

“There’s nothing inappropriate about using CARES Act money to create jobs in the oil service industry,” he said.

Earlier this year, state leaders designated $66 million of the aid for plugging and cleaning up 380 abandoned well sites. Helms expects the state to finish plugging all 380 wells this year but only complete cleanup work at about half the sites.

About $10 million would go to the state health department to be distributed to hospitals in Fargo, Bismarck, Grand Forks and Minot. The goal would be to incentivize staff retention and attract flex nurses from out of state to combat health care staffing shortages, the Herald reported.

Under the proposed plan, about 43% of the $221 million would go to public health and safety projects, 38% to economic stimulus and 19% to government services, according to the state's analysis.