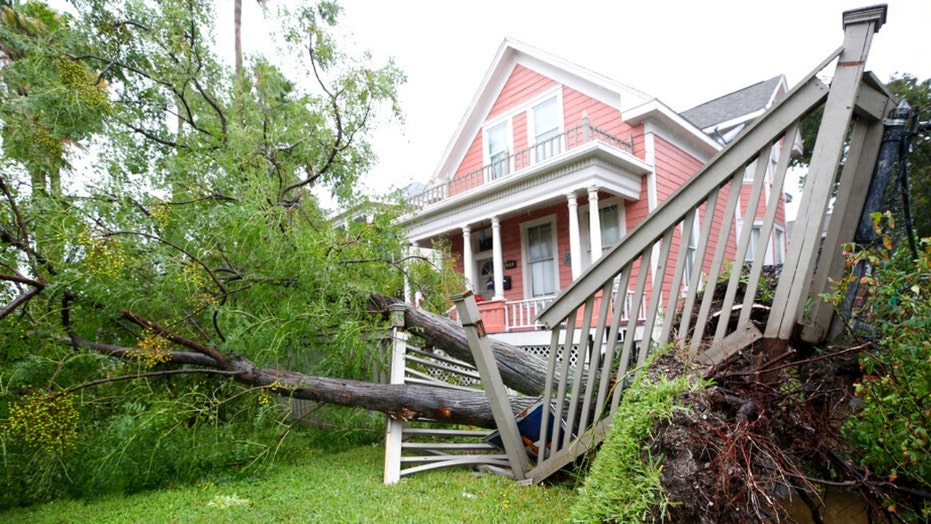 Nicholas, which made landfall in Texas on Tuesday as a hurricane, weakened to a tropical depression Wednesday as it shifted over southern Louisiana, bringing heavy rain and flooding to an already battered region.

At 4 a.m. CT, the storm was located about 15 miles north-northeast of Port Arthur, Texas, and approximately 35 miles west of Lake Charles, Louisiana, according to the National Hurricane Center.

Nicholas is moving eastward near 3 mph and is forecast to stall over central Louisiana through Thursday, impacting as far as the Florida Panhandle.

The hurricane center warned that while the depression – with maximum sustained winds near 30 mph – is projected to weaken over the next couple of days, a tornado or two will be possible Wednesday in southeast Louisiana, southern Mississippi, southwest Alabama and western Florida Panhandle.

Flash flood watches are also in effect along the central Gulf Coast for parts of southern Louisiana, southern Mississippi, southern Alabama and the Florida Panhandle.

The hurricane center said that additional rainfall amounts of 3 to 6 inches are anticipated over south-central to southeastern Louisiana, southern Mississippi, southern Alabama and the Florida Panhandle through Friday.

Isolated storm totals of 10 inches are possible across the central Gulf Coast.

"Life-threatening flash flooding impacts, especially in urban areas, are possible across these regions. Widespread minor river flooding is expected, while isolated moderate river flooding is possible, across portions of southern Louisiana, Mississippi, and Alabama into the Florida Panhandle," the hurricane center wrote.

Attempting to recover from the impact of Hurricane Ida just two weeks ago, southeastern Louisiana is expected to face the biggest flooding threat.

"This is a very serious storm, particularly in those areas that were so heavily impacted by Hurricane Ida," Gov. John Bel Edwards said.

Nearly 69,000 Louisiana residents are still without power on Wednesday, according to outage tracker PowerOutage.US.

Edwards noted that the storm meant some customers who had regained power could lose it again, though utility leaders said they didn't believe Nicholas would affect restoration times.

The National Weather Service in New Orleans tweeted on Wednesday that after heavy rain on Tuesday night flash flooding was a "considerable concern."

"Water has piled up across the area & any additional rain will quickly run off leading to further flooding concerns. Debris from #Ida is also impacting drainage," the agency wrote. "An additional 3-7" of rain w/locally higher amounts are possible through Friday. The heaviest rain today will likely be across coastal MS where we have already seen 4 inches in Harrison county this morning."

Nicholas is likely to dissipate sometime Thursday night or on Friday, though rain chances will continue in the region through the weekend and into early next week due to lingering tropical moisture.

Nicholas is the 14th named storm of the 2021 Atlantic hurricane season, which runs through November 30.