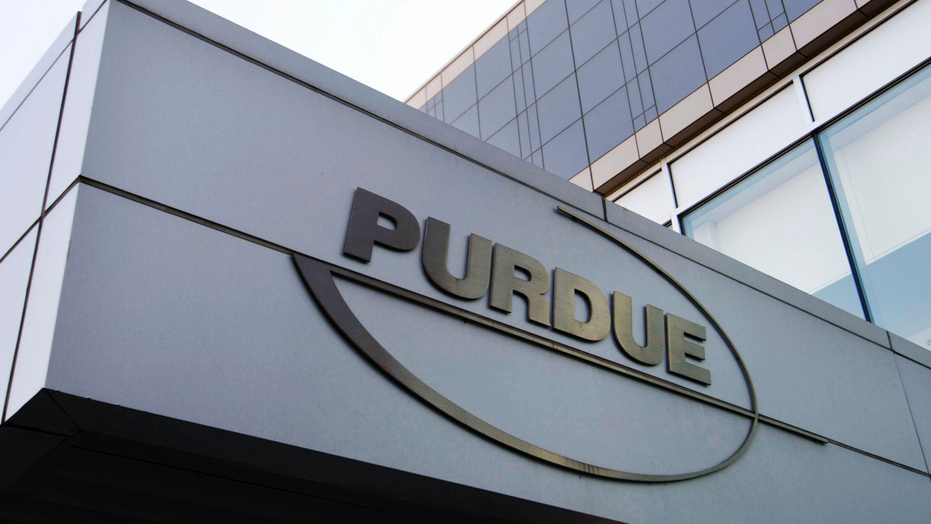 The Sackler family, which owns Purdue Pharma, used Swiss and other hidden bank accounts to transfer around $1 billion from the company to themselves, the New York attorney general’s office claimed Friday.

The family stands to lose billions after a litany of lawsuits claiming that their company marketed the painkiller OxyContin as nonaddictive despite knowing otherwise.

The Purdue Pharma logo at its offices in Stamford, Conn., back in 2007. (AP Photo/Douglas Healey, File)

The transfers support allegations by New York and other states that the Sacklers have worked to shield their wealth in the face of mounting legal threats.

Those transfers include $20 million from a Purdue parent company to former board member Mortimer D.A. Sackler, who then redirected the money to shell companies that own homes in Manhattan and the Hamptons, prosecutors said. Another $64 million came to Sackler from a previously unknown family trust, by way of a Swiss account.

The New York attorney general's office has already rejected a tentative settlement with the Sackler family and Purdue Pharma, arguing it does not do enough to make amends for the company’s and the Sackler’s supposed roles in kick-starting the prescription opioid crisis that has killed 400,000 Americans over the past two decades, according to the CDC.

"While the Sacklers continue to lowball victims and skirt a responsible settlement, we refuse to allow the family to misuse the courts in an effort to shield their financial misconduct. The limited number of documents provided to us so far underscore the necessity for compliance with every subpoena," said New York Attorney General Letitia James in a statement.

As part of the settlement, Purdue is likely to file for bankruptcy protection. But New York and other states have promised they will continue to pursue the Sacklers, alleging that family members drained more than $4 billion from the company over the past dozen years. The Sacklers have used a complex chain of companies and trusts to control their holdings, some located in offshore tax havens.

The Sacklers had an estimated net worth of $13 billion as of 2016, making them America's 19th-richest family, according to Forbes magazine.

This does not include the amount many believe is hidden away.

In its filing Friday, New York told a state judge that the only way it can determine the full extent of those transfers is if all those it has subpoenaed are forced to provide documents detailing their interactions with the Sackler family. James has issued subpoenas to 33 financial institutions and investment advisers with ties to the Sacklers.