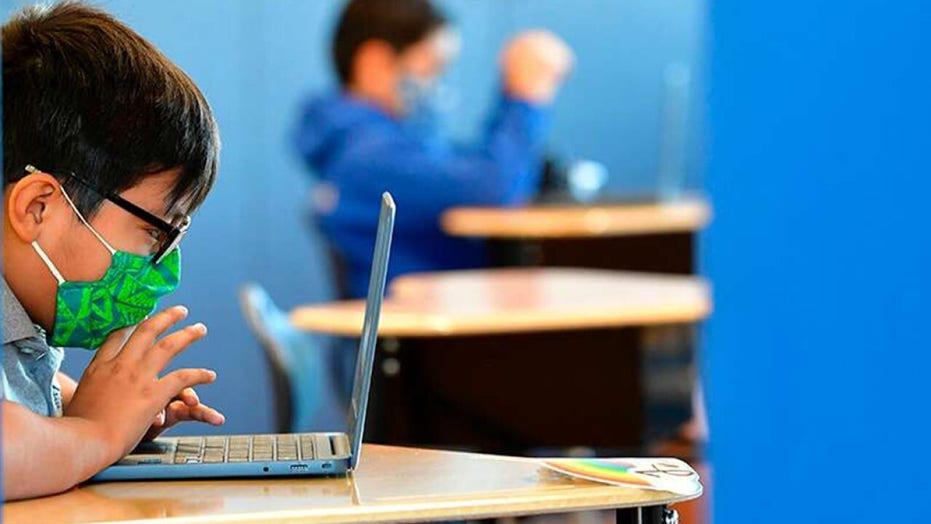 Dr. Siegel: The goal is to vaccinate, not have mask mandates

A caucus within the largest teachers union in New York appeared to indicate this week it might seek legal action if members are forced to return to in-person teaching this fall.

The Solidarity Caucus of the United Federation of Teachers (UFT) reportedly sent out a Google survey to caucus members to determine interest in pursuing legal recourse. The form was taken down as of Wednesday afternoon.

The caucus also appeared to be trying to canvas members for "stories" as to why they are concerned about a return to in-person teaching in the fall.

"We are hoping to look for patterns/commonalities to pursue legal action," a tweet by the caucus read. "Please complete this form to join the legal action or not."

Corey DeAngelis, the national director of research at the American Federation for Children, captured images of the form and posted them to Twitter, noting that the options regarding how comfortable a member felt returning to in-person teaching did not include an option for "I feel safe."

"Teachers unions are showing their true colors once again by preparing another fight against returning to work in person," DeAngelis said. "This move highlights the main problem with K-12 education in America: a massive power imbalance between the public school monopoly and families."

"The only way that we're ever going to fix that messed up set of incentives is by funding students directly and empowering families," he continued. "Only then will public schools have real incentives to cater to the needs of families."

DeAngelis also pointed to the fact that private schools – and some public schools – have already returned to in-person instruction with little problem.

The UFT stressed that the Solidarity Caucus, one of several independent caucuses made of UFT members, appears to have sent out the form and not the UFT itself.

"Thousands of UFT members have already been vaccinated through programs sponsored by the union, the city, and the state," a UFT spokesperson told Fox News on Thursday. "At the same time, masking and a rigorous testing regimen of more than 1.3 million in-school tests last school year have helped keep public schools among the safest places in New York City during the pandemic."

The spokesperson added that the UFT will work with officials at state and local levels, as well as medical experts, to maintain strong safety protocols for the fall.

The UFT main body underscored the fact that it supports a return to in-person instruction.

"There is no substitute for in-person instruction," UFT President Michael Mulgrew said in a statement to Fox News. "NYC educators want their students physically in front of them. We want as many students back in school as safely possible. We are glad the Department of Education will hold open houses to show parents how safe our schools are."

The Solidarity Caucus did not respond to Fox News' request for comment.