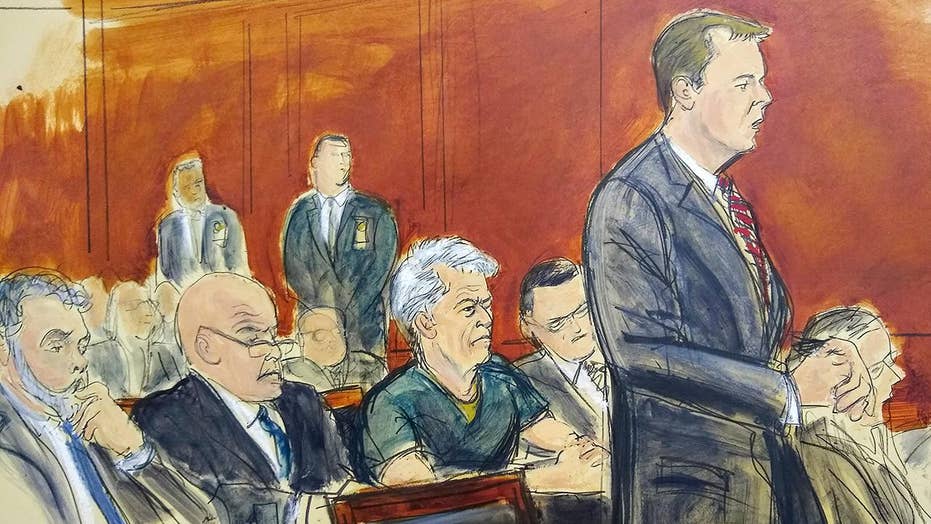 The financier was required to register as a sex offender in New York almost three years after a controversial nonprosecution plea deal in Miami in 2008 resulted in an 18-month sentence for solicitation of prostitution involving an underage victim. (He served just 13 months of that sentence.)

Under the 1996 Sex Offender Registration Act, Epstein should have appeared at the NYPD’s Sex Offender Monitoring Unit, in the Manhattan criminal courthouse, every 90 days to verify his address and have his photo periodically renewed for the online database.

Epstein failed to keep that appointment at least 34 times, according to reports by the New York Post, and was never arrested for noncompliance despite it being a felony punishable by up to four years in prison for a first offense -- up to seven years for subsequent violations.

The chief of detectives of the NYPD, Dermot Shea, told Fox News on Thursday that "before his legally mandated first check-in, he [Epstein] changed his residence to the Virgin Islands, requiring monitoring to take place in that jurisdiction, not in New York."

But then came an explosive hearing in 2011, when a sex crimes prosecutor from Vance's office pleaded with federal Justice Ruth Pickholz to downgrade Epstein from a Level 3 offender to the lowest possible classification, Level 1. The judge found Epstein's change of address insufficient to exempt him from checking in with New York law enforcement, as required for Level 3 offenders.

The judge ruled that Epstein, who owns homes in both Palm Beach, Fla., and Manhattan, "may have to come here every 90 days,” from the Virgin Islands, or “give up his New York home if he does not want to come every 90 days," according to court transcripts.

Epstein did not check in any time after his hearing, Det. Sophia Mason, a police spokeswoman, told The Washington Post.

The NYPD did not respond to a request for comment from Fox News.

"The NYPD – which is the agency responsible for monitoring SORA compliance – has repeatedly told us that Mr. Epstein was in full compliance with the law," Danny Frost, a spokesperson for Vance's office, told Fox News on Thursday. "Our office vigorously prosecutes all failure-to-verify cases."

Epstein, 66, pleaded not guilty Monday to additional sex trafficking and conspiracy charges brought against him this week after he was arrested at Teterboro Airport in New Jersey on Saturday.

The financier allegedly created and maintained a "vast network" and operation from 2002 "up to and including" at least 2005 that enabled him to "sexually exploit and abuse dozens" of girls, in addition to paying victims to recruit other female minors.

"Jeffrey Epstein is in jail because of the hard work of NYPD detectives and our law enforcement partners who built a strong case and arrested him for his vile crimes," Shea told Fox News. "The NYPD follows the same protocol for every sex offender referred to us pursuant to state laws. NYPD detectives are relentless: if you are a sex offender, we will find you."