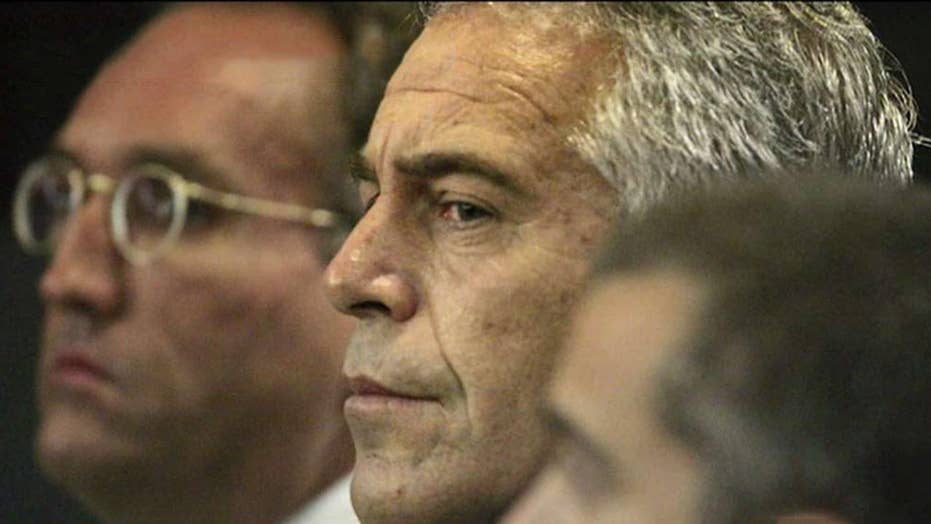 Epstein was found unresponsive in his cell at the Metropolitan Correctional Center in Manhattan early Saturday and was pronounced dead hours later. His lawyers said in a statement late Friday that they were "not satisfied" with Sampson's ruling and vowed to conduct their own investigation, including seeking to obtain any video of the area around Epstein's cell from the time leading to his death.

Epstein had been awaiting trial on federal sex trafficking charges involving underage girls. He was placed on suicide watch last month after he was found on the floor of his cell with bruising on his neck. However, multiple reports say Epstein was taken off suicide watch days later.

RUDY GIULIANI: WHY EPSTEIN'S DEATH INSIDE NYC JAIL IS 'MIND-BOGGLING'

Epstein's death caused public and official outrage over how such a high-profile prisoner could have gone unmonitored. His death led to a torrent of conspiracy theories focusing on the high-profile people who moved in Epstein's social circle, including former President Bill Clinton and President Trump.

Speculation that Epstein was murdered ramped up Thursday after The New York Times and The Washington Post reported that the autopsy found broken bones in the financier's neck.

Chief Medical Examiner Barbara Sampson issued a statement Thursday in response to those articles, saying: "In all forensic investigations, all information must be synthesized to determine the cause and manner of death. Everything must be consistent; no single finding can be evaluated in a vacuum."

For his part, Attorney General William Barr said officials have uncovered "serious irregularities" at the jail. The FBI and the Justice Department's inspector general are both investigating Epstein's death.

Jail guards on duty the night of Epstein's death are suspected of falsifying log entries to show they were checking on inmates every half-hour as required, The Associated Press reported, citing several people familiar with the matter. AP also reported that a guard in Epstein's unit was working a fifth straight day of overtime, while another was working mandatory overtime.

U.S. District Judge Richard Berman, who was to preside over the criminal case against Epstein, asked the jail's warden this week for answers about the July 23 episode in which Epstein was found injured, writing in a letter Monday that it had "never been definitively explained."

The warden replied that an internal investigation was completed but that he couldn't provide information because the findings were being incorporated into investigations into Epstein's subsequent death.

Giuffre has also claimed she was forced to have sex with Britain’s Prince Andrew, hedge fund manager Glenn Dubin, the late American scientist Marvin Minsky and model scout Jean Luc Brunel. A spokesperson for Glenn and his wife Eva say the couple "are outraged by the allegations against them in the unsealed court records and categorically reject them."

On Thursday, two more women sued Epstein's estate in New York federal court, claiming that he'd sexually abused them as adults. In the suit, the women claim they were hostesses at a popular Manhattan restaurant in 2004 when they were recruited to give Epstein massages.

The lawsuit alleges that an unidentified female recruiter offered the hostesses hundreds of dollars to provide massages to Epstein, saying he "liked young, pretty girls to massage him" and wouldn't engage in any unwanted touching. The women say Epstein groped them anyway.

One plaintiff now lives in Japan, the other in Baltimore. They seek $100 million in damages, citing depression, anxiety, anger and flashbacks.

Other lawsuits, filed over many years by other women, accused him of hiring girls as young as 14 or 15 to give him massages and then engage them in sex acts.