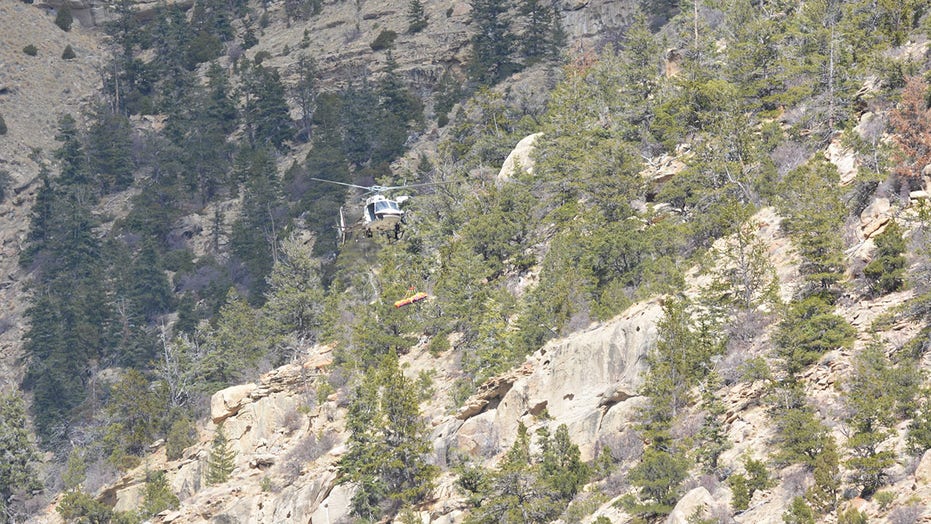 A 24-year-old New York man was killed after slipping and falling off an 80-foot cliff while hiking in Utah last week, authorities said.

Matthew J. Schnitzer and a friend had been camping in Cottonwood Canyon for about a week when the pair went hiking on Thursday, the Emery County Sheriff’s Office said in a statement Monday.

Schnitzer decided to continue hiking alone after the friend turned back to camp, according to the statement. When the 24-year-old failed to return, the friend searched until midnight but found no sign of Schnitzer.

The friend began looking again at 7 a.m. but still could not find Schnitzer. He then alerted local authorities to his missing friend.

Schnitzer appeared to have lost his footing and "slid off the edge" of an 80-foot cliff. (Emery County Sheriff's Office)

Search and rescue teams looked for Schnitzer on foot and by helicopter, the sheriff’s office said. The helicopter crew eventually spotted Schnitzer’s body in a side canyon at the bottom of an 80-foot cliff.

The sheriff’s office said the 24-year-old appeared to have "lost his footing on the slope above the cliff and slid off the edge."

Schnitzer’s family was notified after crews transported the body from the canyon.