The Republican county executive of Dutchess County, N.Y., is among those expressing criticism over Cuomo’s order. The directive, signed into law on March 25 and rescinded in May, required nursing homes to accept coronavirus-positive patients released from hospitals. 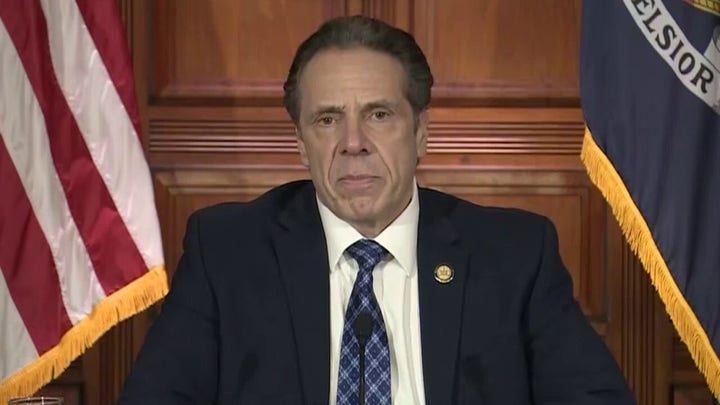 Molinaro told Harris Faulkner the order needs to be investigated at both the state and federal levels.

"It is up to the Democrats in New York and Washington to give meaning to the thousands of lives lost and to hold this administration accountable," he said. "It is on them now to ensure that the families that grieve … aren’t grieving for no reason at all, and that there’s true accountability."

The county executive also called on the state legislature to strip Cuomo of his emergency powers, which were granted at the start of the pandemic.

"They should convene immediately to strip him of those emergency powers," Molinaro said.

"They must act in order to give real meaning to the tremendous loss and the damage done."

In a statement to Fox News, Cuomo's office accused Molinaro of attempting to politicize the situation.

"No one can deny this Governor has worked day and night over the last 340-plus days to protect New Yorkers during this once-in-a-generation pandemic. Molinaro is a ‎former rival trying to politicize this public health crisis — New Yorkers didn’t accept his posturing in 2018, and they won't now," said Cuomo spokesperson Jack Sterne.

Molinaro has served as Dutchess County’s executive since 2011 and was re-elected for a third term in 2019.