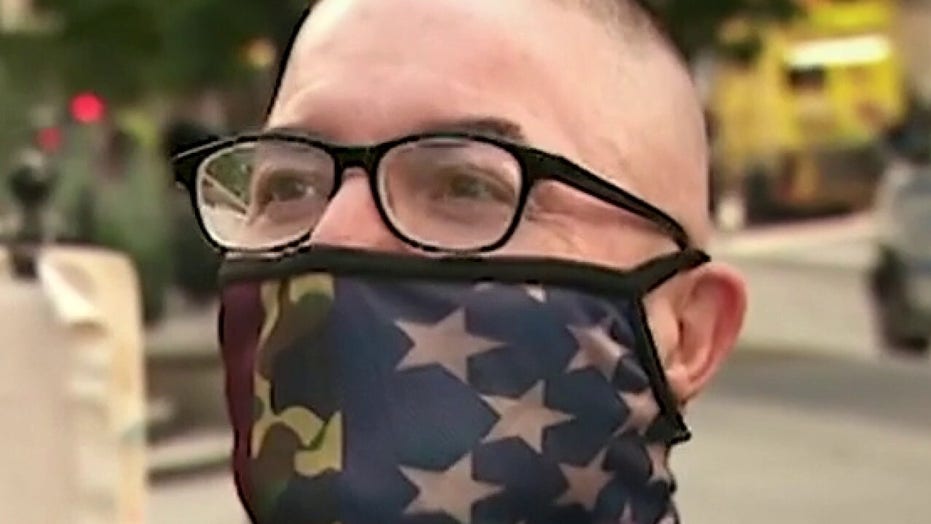 What do New Yorkers think about the rise in crime in their city?

Lawrence Jones asks residents about the decline of NYC on 'Hannity.'

Shooting incidents across New York City during the month of July jumped 177% compared to July of last year, the city’s police department said, as the Big Apple continues to grapple with a dramatic rise in gun violence.

The figures released this week come after police confirmed to Fox News on Sunday that the number of shootings in New York City so far this year has passed those throughout the entirety of 2019.

"Amid the ongoing challenges of these times, the NYPD's commitment to public safety never wavers," Police Commissioner Dermot Shea said in a statement, according to Fox5 NY. "Our men and women officers represent the best of the policing profession and work every day alongside those they serve in an ongoing joint mission to protect life, prevent crime and build safer neighborhoods for everyone across our great city."

A small casket containing the body of Davell Gardner, Jr. is wheeled out of the church after his funeral service in the Brooklyn borough of New York, on July 27. Authorities are investigating the July 12 shooting that left the 1-year-old boy dead and injured three adults. (AP)

Police data obtained by the station shows there were 244 shootings in July 2020, compared to 88 in the same month last year.

The 54 murders reported in July also represent a 59% increase from the 34 recorded during July 2019, Fox5 NY says.

To date, only seven of New York City’s 77 police precincts have not reported a shooting in 2020, according to the New York Post.

But while gun violence is up, other crimes are down.

The number of rape, robbery, assault and grand larceny incidents fell in percentage compared to those last July, data shows.