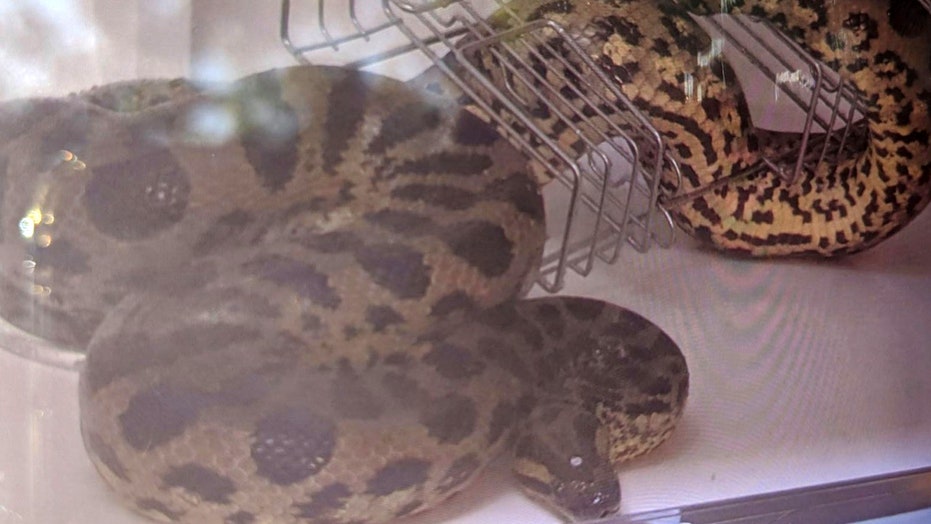 A nine-foot anaconda was found hiding in its owner’s van Tuesday after it was thought to have escaped from the vehicle on Long Island, N.Y., earlier in the day, leading police and other agencies on a hunt for the missing serpent.

"Bertha slithered out from under the dash while the owner [was] driving the van to an event. The owner felt tugging on the seat belt. When he looked down, there was Bertha," the Suffolk County SPCA told FOX5 New York. "She was well hidden under the dash even though the van was thoroughly searched."

The owner is licensed to keep reptiles such as Bertha, which he uses in his reptile show, and won't face any charges, Suffolk County SPCA Chief Roy Gross told Fox News. Gross said those who know of residents in the Suffolk County area who keep illegal animals in their homes can anonymously report them to the SPCA at 631-382-7722.

The green anaconda is nonvenomous but may bite if frightened, the SPCA warned on Facebook.

The species, a constrictor native to Trinidad and tropical South America, is one of the largest snakes in the world, averaging 17 feet in length and weighing as much as 1,100 pounds, according to the Smithsonian’s National Zoo and Conservation Biology Institute.

A green anaconda's diet usually consists of large rodents, deer, fish and aquatic reptiles, but have been known to occasionally prey upon jaguars, the zoo says.