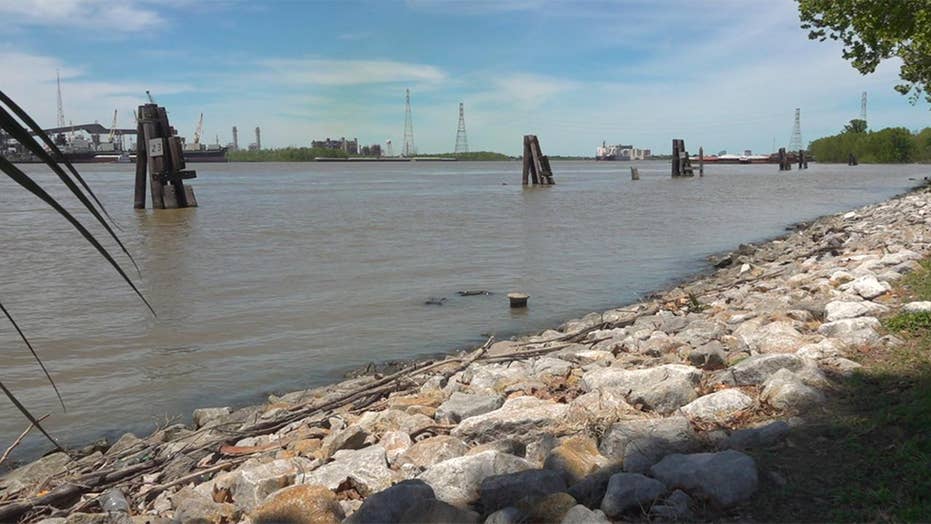 After a $14 billion upgrade to New Orleans' levees, the Army Corp of Engineers is shelling out more money to study the system after revealing a combination of subsidence, weak soil and sea level rise is causing the flood protection to sink.

NEW ORLEANS, La. -- The $14 billion upgrade to New Orleans’ system of levees to fortify the city is sinking, according to engineering experts.

After investing an amount of money that is five times greater than the gross domestic product of the island country of Aruba, the Army Corps of Engineers said levees may not be adequate enough to protect New Orleans and the surrounding region from major flooding associated with a 100-year storm.

According to the Corps, a combination of subsidence, sea level rise and weak soil is the cause behind the sinking levees. It’s now pursuing a $3 million-study with funds appropriated by Congress to figure out the severity of the problem and what it would take to lift the levees. It’s expected to be completed in 2021.

“We’ve always known that we would have to lift levees,” explained Rickey Boyett, a spokesperson for the Army Corps of Engineers. “What we have to do is determine whether lifting the levees is environmentally feasible; if they are technically possible, but probably most importantly, if it’s economically justified for the federal government to spend taxpayer dollars to lift these levees.”

The Army Corps of Engineers said a combination of subsidence, weak soil and sea level rise is causing New Orleans' system of levees to sink 11 months after completion. (Fox News)

It’s unclear what the costs would be if a project of that magnitude was undertaken, however, coastal experts believe it could climb into the hundreds of millions of dollars, with the federal government covering 65 percent of the cost and state and local covering the remaining 35 percent.

The current levee system, which was completed last May, was built after Hurricane Katrina toppled the crescent city in 2005. The storm’s power forced a surge of water over the top of levees that inundated many parts of the city with several feet of water.

New Orleans native, Greg Joubert recalled the chaos in the area as he sat in a newly constructed park in the fairly new Lakeview neighborhood he grew up in, which had been bombarded with several feet of water.

“The water levels were so high here,” he said. “It was sink or swim.”

He expressed concern with the amount of money the Corps was spending on flood protection systems that he’s not confident won’t fail at any given time a major storm hits.

A look at the system of levees, floodgates and pumping stations that are supposed to keep New Orleans safe should a major storm hit. (Army Corps of Engineers)

“[My] biggest concern is, if we have a serious enough storm that raises that water level and has a significant surge,” he explained. “The whole area, which includes six parishes, could be greatly affected.”

Today’s flood protection system was designed to protect the surrounding coastal region against a flood level associated with a so-called 100-year storm, with a 1 percent chance that it could happen in any given year. The Corps maintains the current system of levees and flood walls in place will hold up if a major storm were to hit in the near future.

Environmental groups believe there needs to be a much greater focus on fortifying the greater New Orleans region outside of levees. Coalition to Restore Coastal Louisiana has said a level of protection should include rebuilding the areas barrier islands and wetlands.

“Coastal land loss is a huge issue down here,” said Emily Vuxton, Policy Director for Coalition to Restore Coastal Louisiana. “The more land we lose at the coast the less protection we have for inland communities.”

Despite the amount of money and time that has been poured into New Orleans’ levee system, Mark Davis, Director of Water Resources Law and Policy at Tulane University, said it’s an investment that can't be abandoned.

“It’s not a build it and walk away. Every day the river changes. Every day the coast gets closer,” Davis said. “You need to be thinking in terms of what investments do we have to make. What kind of provisional plans because there will be water.”