The alleged gunman of a shooting at a high school football game in New Jersey on Friday night that seriously injured two and sent fans and players running for their lives has been arrested, prosecutors said on Saturday.

Four other men were charged with various weapons offenses following the shooting, which occurred in Pleasantville, near Atlantic City. 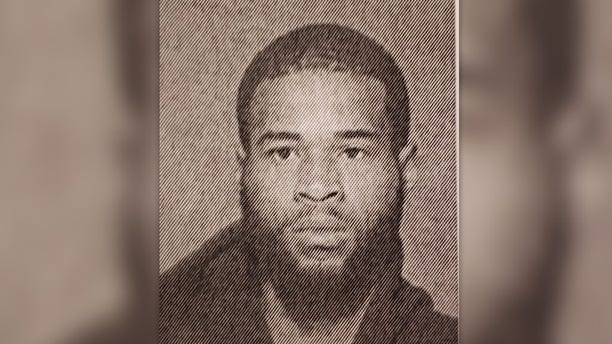 Michael Mack and Shahid Dixon, both 27, Tyrell Dorn, 28, and Vance Golden, 26, were all charged with various weapons offenses. Dixon is also facing charges of eluding police, according to the prosecutor.

The shooting occurred at 8:29 p.m. during the third quarter of a playoff game between the Camden Panthers and Pleasantville Greyhounds. 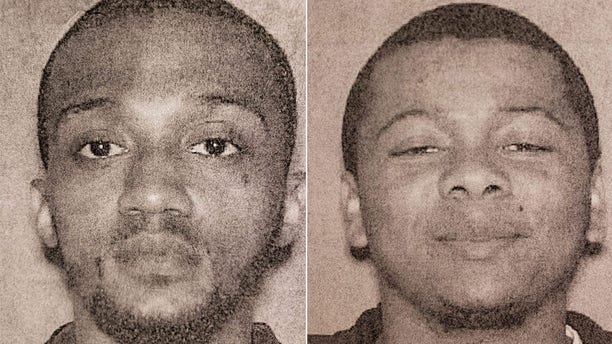 Vance Golden, 26, and Tyrell Dorn, 28, were charged with various weapons offenses in relation to the shooting. (ATLANTIC COUNTY PROSECUTOR)

It left a 10-year-old boy in critical condition who was airlifted to a Philadelphia hospital, while a 27-year-old man remains in the hospital in stable condition after undergoing surgery. A 15-year-old boy was treated for a small wound after a bullet grazed him.

The stands were packed to watch the Greyhounds -- who won their first division title in 43 years this season. Panicked spectators who had been watched the game were seen knocking down a fence to escape the gunfire.

Parents were forced to hold their babies and young children tight during the chaotic scene, so they wouldn't be trampled by the panicked crowd, according to Jonathan Diego, who was at the game on Friday.

“It was mayhem, literally people coming in waves running away,” said Diego, who was part of a 2005 Pleasantville youth football game where three people were shot and wounded.

He and a friend said they tried to give first aid to the young boy who was wounded.

“He applied pressure to the little boy’s wounds on his neck, trying to slow down the bleeding until the ambulance could come up,” Diego said. 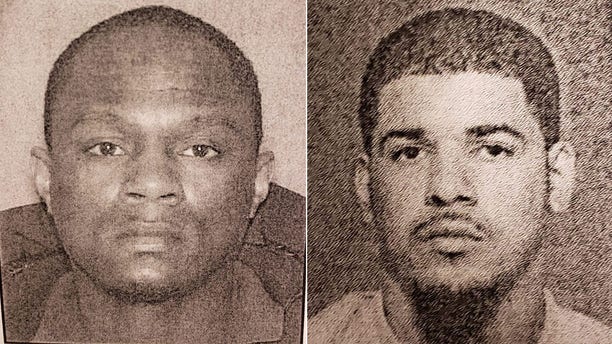 Shahid Dixon and Michael Mack, both 27, were arrested on various weapons offenses in relation to the shooting. Dixon is also facing charges of eluding police. (ATLANTIC COUNTY PROSECUTOR)

Spectators and even the referees officiating the game were seen laying flat on the field to avoid getting hit by the gunfire.

After the shooting, the suspects allegedly fled the scene in a vehicle from the Absecon police department into Atlantic City. Police also recovered a firearm from the scene, the prosecutor's office said.

“I want to thank the Pleasantville Police Department and the scores of off duty emergency personnel that assisted the victims and helped law enforcement promptly identify and locate those responsible for causing mayhem at the Pleasantville High School football game," Tyner said. "The venue simply presented an opportunity for criminals to pursue their own form of petty vengeance against one another. Our community will not be held hostage by a few idiots intent on jeopardizing our safety and the safety of our children."