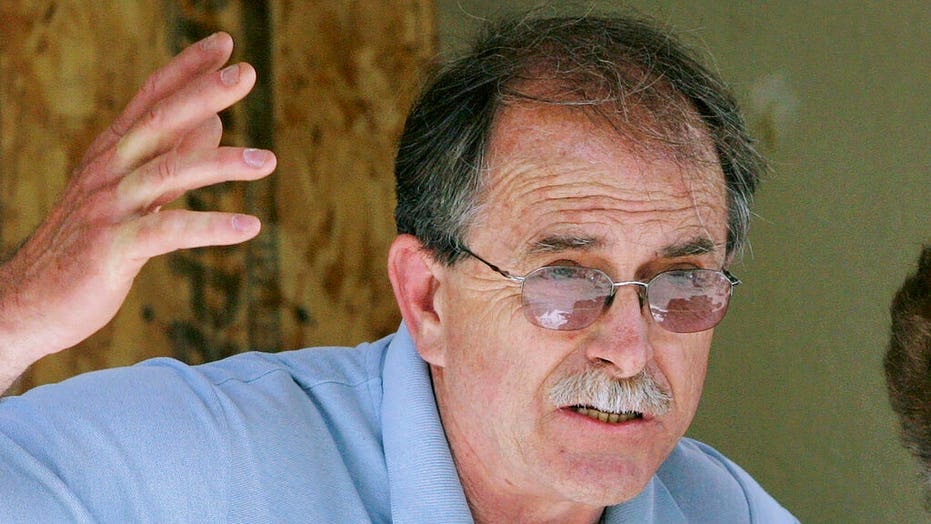 A New Hampshire man who claimed that the federal income tax is unconstitutional and barricaded himself in his home with booby-traps, firearms and explosives for months in 2007 has been resentenced to more time in prison.

After a judge added another 17 years on top of that Tuesday, Brown said it amounted to “a death sentence.” His lawyer already has filed notice of appeal.

In this Jan. 17, 2007 photo, Edward Brown stands barricaded in the doorway of his home in Plainfield, N.H., saying he is prepared for an armed standoff. Brown was up for re-sentencing Tuesday Sept. 29, 2020 over a months long armed standoff with U.S. marshals in 2007 to protest a tax evasion conviction. (AP Photo/Jim Cole, File)

Brown and his wife were convicted of failing to pay taxes on almost $2 million in income over eight years. They claimed that the federal income tax is unconstitutional – an argument that courts have repeatedly rejected.

They stopped appearing in court and instead holed up in their home, a move that attracted support from anti-tax groups and militias. Supporters included Randy Weaver, a key figure in the violent Ruby Ridge standoff in Idaho in 1992.

U.S. Marshals, disguised as supporters of the Browns, eventually made it into their home and arrested them without anyone injured.

Investigators later said they found 20 pipe bombs and other explosives in and around the home.

He said the explosives were not functional and that he no longer needed them and planned to sell dozens of guns his friends had been storing for him.

In this June 18, 2007 photo, Edward Brown speaks to reporters during a news conference at his home, in Plainfield, N.H. (AP Photo/Jim Cole, File)

Brown argued that resentencing him to a longer prison term would violate his Fifth Amendment right to due process and constitute double jeopardy by punishing him more than once for the same offense. He called for his sentence to be reduced to time served, which happened in the cases of his wife and two other defendants.

Elaine Brown originally was sentenced to 35 years, but was released in February after 12 years when a judge reduced her sentence. She is reportedly seeking a divorce.

U.S. District Judge George Singal said he believed the other defendants had shown remorse – but not Edward Brown.

Brown’s lawyer, Benjamin Falkner, said his client had been cooperative in prison and Brown himself argued that he would never hurt anyone.