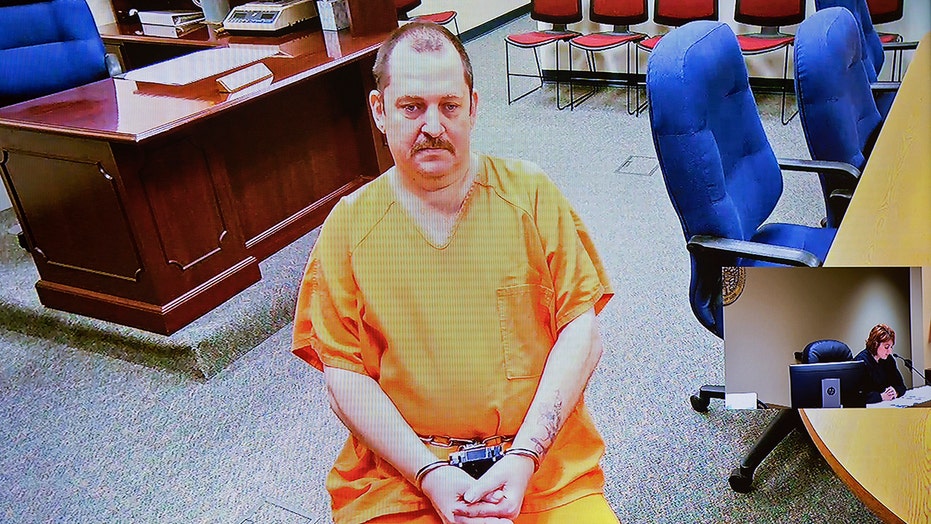 A Nebraska man who murdered and dismembered a young woman he met on Tinder and then slashed his own neck in court during his trial was sentenced to death this week.

Aubrey Trail, a 54-year-old thief and con man, was convicted of strangling 24-year-old Sydney Loofe with an electrical cord in 2017, then cutting her body into 14 pieces that he dumped in various rural roadside ditches. At trial, witnesses testified that Trail and his girlfriend, Bailey Boswell, 27, had solicited them for group sex and talked of the occult and gaining "powers" through killing.

A friend of Loofe showed investigators her final social media post, which helped them track down the suspects. It was a selfie shared to Snapchat captioned, "Ready for my date." She was expecting to meet Boswell for a second date.

The murder showed Trail had "a mind totally and senselessly bereft of any regard for human life," Judge Vicky Johnson read during the sentencing hearing Wednesday.

"I had no doubt she would tell people if I let her go," he told the court.

He and Boswell had multiple arrest warrants at the time and were actively profiting off of their fraud schemes.

"I was willing to do things to protect that," he said.

Sydney Loofe went on a date before she vanished. (FBI Omaha)

He told Loofe’s parents that he was not going to apologize because "it would be an insult for what I’ve put you through" but said killing their daughter was the only thing in his life he regretted.

Prosecutors said during the trial that Trail and Boswell had planned to kill someone and lured Loofe to her demise by using the Tinder app.

Hours before Loofe’s death, surveillance video at a Lincoln Home Depot store showed Trail and Boswell buying hacksaws, tinsnips and other tools used in the crime.

Trail has maintained that Boswell was unaware of the crime, although in his shifting stories about the incident he implied that the couple drank some of Loofe’s blood.

Boswell is still awaiting her sentencing and could become the first woman in Nebraska to face the death penalty.

Bailey Boswell, left, and Aubrey Trail, right, have both been convicted of the murder of 24-year-old Sydney Loofe. (Saline County Sheriff's Office)

In calls to the Omaha World-Herald newspaper, Trail gave shifting accounts of how Loofe died and said he believes he deserves the death penalty, although his case will be automatically appealed. At one point he claimed that Boswell had taken drugs and passed out before the murder.

During his trial, he snuck a razor blade into the courtroom, slashed his own throat and yelled "Bailey is innocent, and I curse you all!"

Loofe was a clerk at a Menards hardware store in Lincoln.