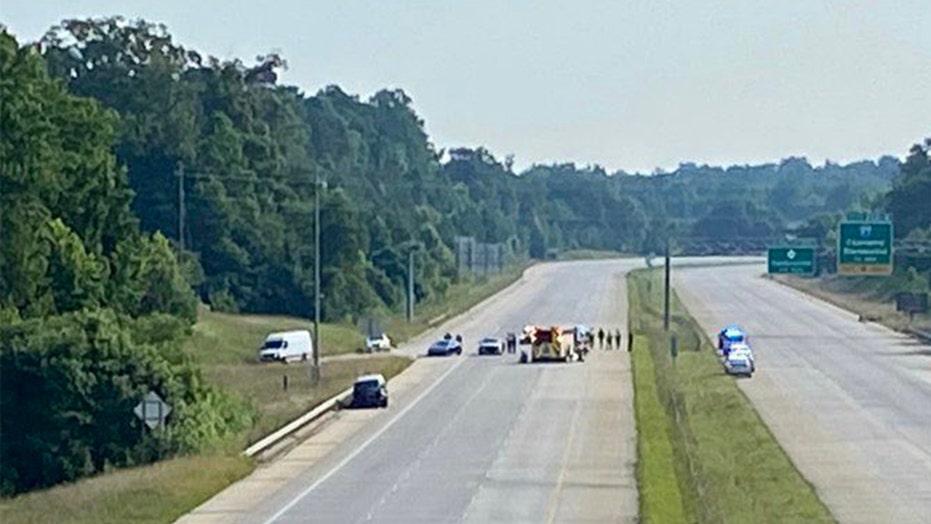 A North Carolina trooper suffered serious injuries Saturday morning after being struck by a motorist on I-485 in Charlotte, according to reports.

The investigation shut down down the highway in both directions.

I-485 in Charlotte, N.C., was closed after a vehicle struck a trooper. (Long Creek Fire Department)

NC Highway Patrol said the trooper was transported to the hospital after being hit by a vehicle, WCNC-TV reported.

On Friday night, in the same vicinity, I-485 was the scene of a horrific four-vehicle crash that killed five people, according to the station.

A box truck swerved into oncoming traffic after being clipped by a vehicle being driven in a reckless manner, the station reported.

The accident caused the driver of the box truck to lose control, cutting across the median and barbed wire into the opposite lanes where it collided with two other vehicles, Fox 46 Charlotte reported.

The occupants of those two vehicles were all killed, the station reported.

The drive of the box truck and three other people were treated for injuries.