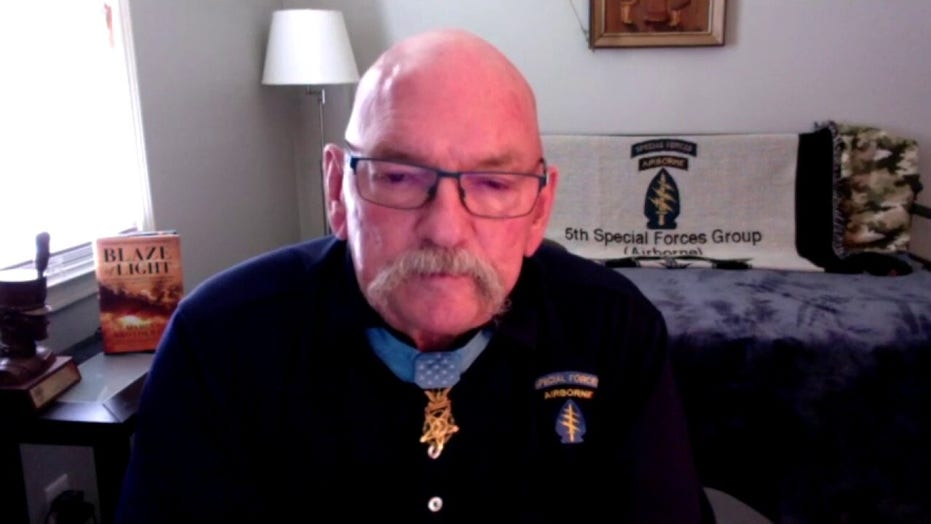 The granite walls of the Mount Soledad National Veterans Memorial in California display the names of more than 5,000 Americans who defended their country.

So a retired Navy veteran who has spent the last seven years keeping the memorial clean says he can’t understand why some skaters used the place of honor as a skateboard park.

A video showing one young man skating along the tops of the memorial’s walls was like a slap in the face, volunteer Robert McCollum said this week, just ahead of Memorial Day weekend.

Asked what he would say to the man, McCollum, who served 26 years in the U.S. military, didn’t hesitate to supply an answer.

“I would say, ‘Young man, do you have any brains?’,” McCollum told FOX 5 of San Diego. “Why would you skateboard on these walls of honor?”

The video of the youths riding their skateboards at the memorial went viral. By Friday, security personnel were stationed at the memorial for the first time that McCollum can remember.

Neil O’Connell, president and CEO of the Mount Soledad National Veterans Memorial, also was distressed by the skating.

“I’m appalled at such disregard and carelessness,” O’Connell told FOX 5.

The memorial dates to 1952 and pays tribute to U.S. service members from the Revolutionary War up to the current conflicts in Afghanistan and other areas where U.S. personnel serve.

“Our granite walls require constant care by volunteers due to the atmosphere,” O’Connell added in a Facebook post. “It’s a lot of work. But come on, how disrespectful is it to ride skateboards over the tops and edges of this fine surface?”

O'Connell confirmed in a second Facebook post that the plaques paying tribute to veterans were not damaged.

Some local skateboarders contacted by FOX 5 said they recognized the man in the video but the station said it was unable to reach the skater for comment.

San Diego police said they are investigating the incident as a vandalism case, CNN reported.

“Why anyone would want to skate on these walls of honor is beyond me,” McCollum told FOX 5. “I just can’t fathom it. In my seven years of coming up here, doing my volunteer work, I’ve never seen anybody skateboard on any of the walls.”

He added that if the skateboarder offered to help him clean the memorial as a form of apology, he wouldn’t accept.

“I don’t need no help,” McCollum said, “because no one can clean these walls like I can.”