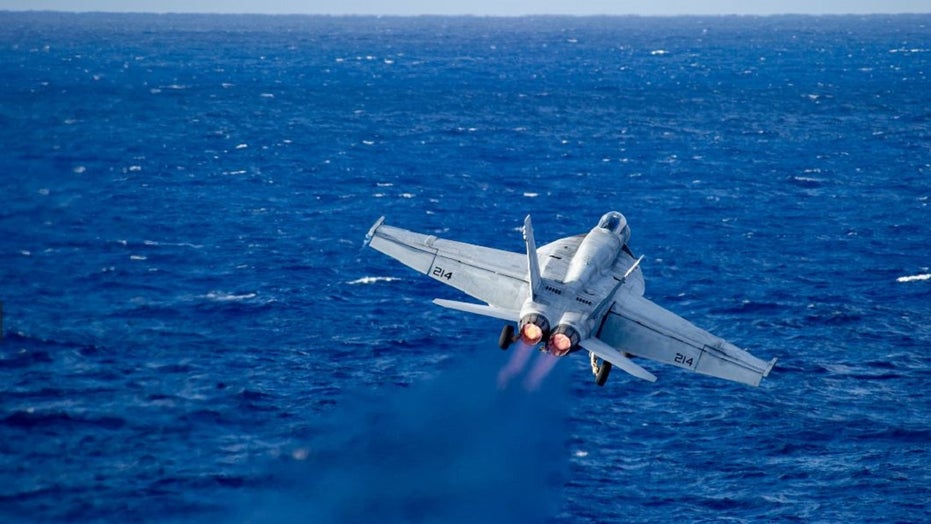 The U.S. Navy has directed all non-deployed aviation units to "stand down" as of Monday in response to two separate crashes, including one in which two officers were killed.

"This stand down provides an opportunity for our aviation commands to focus on how to further improve operational risk management and risk mitigation across the Naval Aviation enterprise," a Navy statement said.

This photo provided by Greg Crippen shows the scene where a U.S. Navy training plane crashed in an Alabama residential neighborhood near Foley, Ala., last week. (Greg Crippen via AP)

The move comes after two crewmembers on a Navy T-6B Texan II aircraft were killed when it crashed Friday in Foley, Ala. The aircraft is "a tandem-seat, turboprop trainer used to train Navy and Marine Corps pilots," according to the Navy.

The plane hit a house and two cars but no civilians were injured.

Days before the Super Hornet crash, the Naval Safety Center said the Navy and Marine Corps had gone a whole fiscal year without a single aviation-related fatality in nearly a century.

The safety stand down took place Monday. The cause of both crashes are under investigation.

"We remain the greatest aviation force in the world and are committed to learning from these incidents in order to avoid these tragedies in the future," the Navy said.