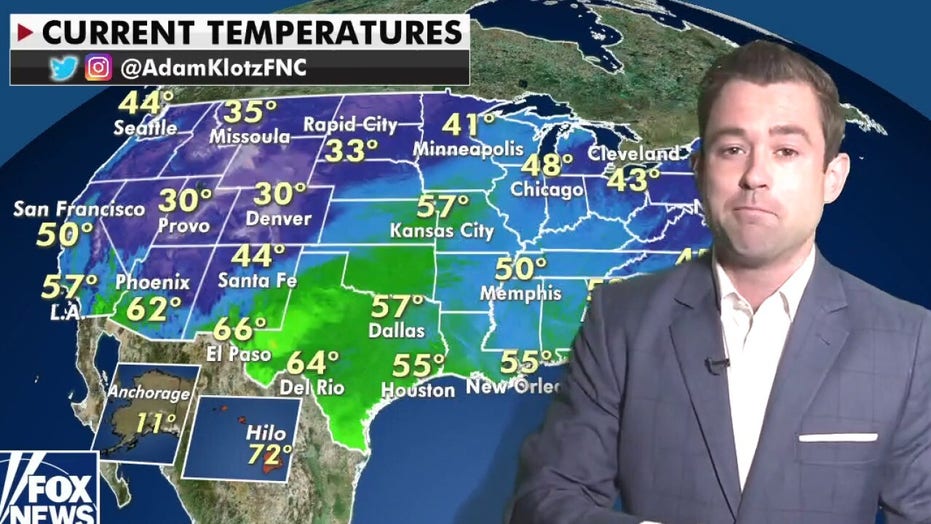 A cold front stretched across the middle of the U.S. will be the scene for a large storm system for the start of the week.

To the east of the Rockies, warm, spring-like temperatures persist and to the west, more winter-like cold air remains in place. Where that cold and warm air meet is the strengthening system.

Snowfall of 3 to 6 inches is expected in the High Plains of Colorado and New Mexico. At higher elevations, over a foot of snow could fall.

On the warmer, eastern side of the storm, widespread showers and thunderstorms will spread throughout the central and southern Plains. A marginal risk for excessive rainfall has been issued.

Some of these storms could be severe, especially across Southern Oklahoma and North Texas. The storm heads into the Midwest on Tuesday, bringing showers to the Upper Mississippi River Valley.

Further west, elevated to critical fire weather conditions remain in parts of the Southwest Monday and Tuesday. The risk is due to strong winds and low humidity levels. Red flag warnings have been issued.