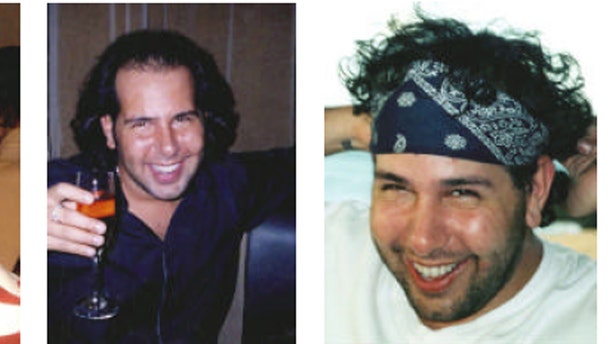 LOS ANGELES-- Authorities came upon a startling and mysterious scene when they showed up at a luxury apartment in Los Angeles in April while investigating a call about a gas odor.

The door was barricaded. A cache of loaded weapons, including an AK-47, sat next to a mosaic depicting the CIA seal. They found equipment for counterfeiting money. High-powered binoculars were trained on the U.S. Federal Reserve building next door.

What followed was a six-week hunt for a suspect who had slipped out of the fire escape moments earlier and whose evasiveness drew comparisons to fictional agent Jason Bourne.

Police would eventually find their man, Brian Alexik, hiding out in his girlfriend's apartment less than a mile from where he fled. But three weeks on, detectives are still trying to figure out just who he is, what plot they may have thwarted and whether he was a lone wolf or part of a larger group.

Alexik clammed up soon after he was arrested and his trail has been harder to follow because he used at least two fake names.

The 34-year-old is originally from Edison, N.J., detectives said. In 1996, he was convicted in Middlesex County on a drug-dealing charge. Five years later, he pleaded guilty to theft by deception and was sentenced to 180 days in jail, five years probation and had to pay $1,000 in restitution to a business.

Investigators are scouring his computer hard drives and studying the alarming contents of his penthouse as they attempt to unravel the mystery.

One bedroom had been converted into a makeshift machine shop, with tools scattered around. It appeared Alexik had been manufacturing the parts of assault rifles that ammunition magazines are slotted into, said Detective Mark Severino from the Los Angeles Police Department's major crimes unit.

Detectives found a loaded sawed-off shotgun and handgun, an AK-47, ammunition and other weapons parts including a gun barrel. Ballistics tests are currently under way.

The CIA mosaic, depicting the white, starred shield with an eagle's head on a blue background, measured about 5 feet across and investigators were impressed with the quality of the tile work. They initially thought Alexik was obsessed with the spy agency.

"But there was no other evidence in there linking the CIA or his infatuation with the CIA," Severino said. "I don't know why he would do that."

A pair of binoculars was found by a tripod at the back window overlooking the Federal Reserve, but police don't know what Alexik had been watching.

Answers might lie within the hard drives of four computers seized from the apartment and being analyzed by the Secret Service.

Police said Alexik appeared to move comfortably in social circles and most of his friends were in the cosmetics and clothing industries. Investigators found designer clothes and European shoes in his apartment, along with a photo of Alexik mugging next to U2 frontman Bono.

"He could easily fool a lot of people, he could be very charming and carries himself very well," Severino said. "There was something about him that attracted these people to him."

Alexik has pleaded not guilty to 10 felonies including weapons charges, narcotics offenses and forgery. Federal weapons charges are also expected. At a recent court hearing he appeared in a blue jail jumpsuit, his brown hair dyed to a coppery orange color and swept back across his head.

His public defender did not respond to requests for comment or for an interview in the jail. If convicted of all counts he could face up to 15 years in prison.

Police believe Alexik was manufacturing fake IDs and passports, as well as counterfeiting thousands of dollars in cash. A stash of what was believed to be illegal pills and methamphetamine was also in the home.

He allegedly had been bleaching low-denomination bills then using a printer to change the value to $100 or $50. In all, police recovered about $15,000 in bogus bills.

After Alexik slipped out the back window of his apartment on April 19, detectives interviewed tenants at the downtown lofts. Alexik had been paying about $4,000 cash for his rent but had recently stopped paying and was on the verge of getting evicted, Severino said.

He also seemed to have stopped paying his electric bill — Severino noticed coils of cables running from the hallway power outlets into the apartment. The noxious odor that initially drew police reportedly came from a generator.

As investigators closed in, they arrested a friend, Gregory Koller, who was found with assault-style weapons magazines. Police are looking into whether those may have been in the duffel bags Alexik was seen lugging as he fled down the fire escape.

"It is still unclear what his ultimate plan was going to be, however, what is clear is that his detection, capture, and arrest disrupted any future plans or growing capability to be even more dangerous to our community," said Michael P. Downing, deputy chief commanding officer of the LAPD's counterterrorism and criminal intelligence bureau.

Detectives scored a break June 3 when they went to talk to a woman believed to be his girlfriend. She refused to open the door and it became apparent Alexik was hiding out there. After a brief standoff with SWAT officers, Alexik surrendered.

Some investigators believe comparisons to Jason Bourne are unfair on the fictional spy.

"He got caught," Detective Dan Logan said. "When I interviewed him, he didn't knock me out, take my gun and take my recorder like in the movies. He's not as smart or resourceful as the Jason Bourne character."