The child suffered injuries to the neck as a result of the attack, according to the Orange County Fire Authority who said the family of six was walking in the park with the 3-year-old in front of his father when the feline came out of nowhere and grabbed the child by the neck.

The father threw a backpack at the mountain lion, at which point the animal dropped the child in lieu of the backpack and jumped up a tree, the Orange County Fire Authority said. 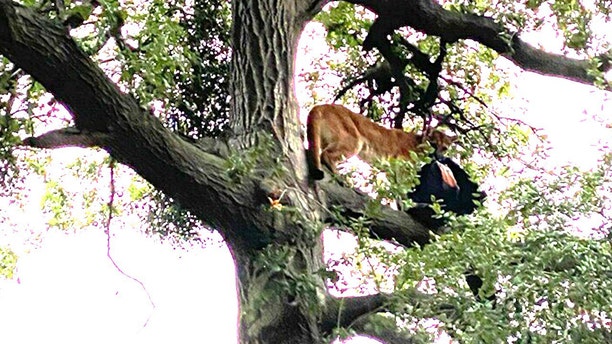 The mountain lion ran up a tree after the father hurled a backpack, investigators said. (Orange County Fire Authority)

The child was taken to a local hospital and is said to be in stable condition.

The incident occurred at about 4:13 p.m. on Portola Parkway.