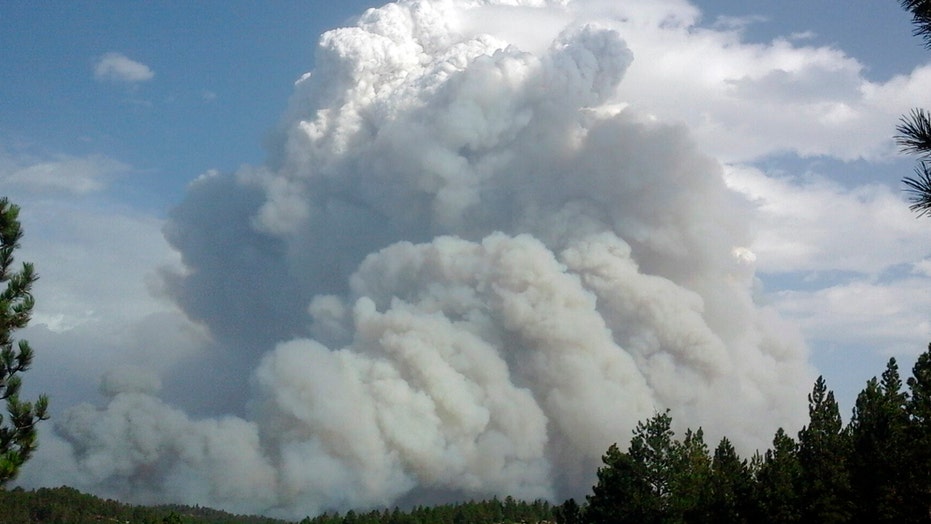 BILLINGS, MONT. – People in the small eastern Montana town of Jordan were told Wednesday night that they can return to their homes after a wind-driven wildfire briefly caused the evacuation of the ranching community.

Authorities had ordered the evacuation in the afternoon after a fire that started as an agricultural burning project got out of control and raced across dry range land to threaten Jordan.

The Garfield County Disaster and Emergency Services agency said Wednesday night on its Facebook page that it has “determined it is safe for Jordan residents to return after the fire skirted town."

SUMMER SNOW IN PARTS OF WYOMING, MONTANA AMID 'FREEZING' TEMPERATURES IN REGION

Fires elsewhere in the state also quickly exploded in size Wednesday as dry, windy conditions created ideal conditions for blazes to quickly spread. Evacuation orders were issued for a fire that was threatening homes in a rural area near Helena and a wind-driven fire north of Billings in Musselshell County.

In Jordan, offers of assistance poured into the local disaster agency's Facebook page even as the fire burned, including people from other parts of eastern Montana saying they had food and shelter for any evacuees and ranchers who said they would take in any cattle displaced by the fire.

The area had been under a fire warning because of high winds and low humidity levels when the blaze was intentionally set by a landowner conducting a burn project on farmland northwest of Jordan, authorities said.

The county sheriff's office had determined just before noon that the blaze was still under control of the landowner, but within hours the weather changed and it got out of control, Garfield County Disaster and Emergency Services officials said.

The winds driving the fire resulted from a cold front passing through the area. It was expected to stay gusty ahead of and behind that cold front until as late as midnight, Ryan Bernhart, a meteorologist with the National Weather Service in Glasgow, told the Billings Gazette.

The town is the county seat in Garfield and located south of the Missouri River and Charles M. Russell National Wildlife refuge.