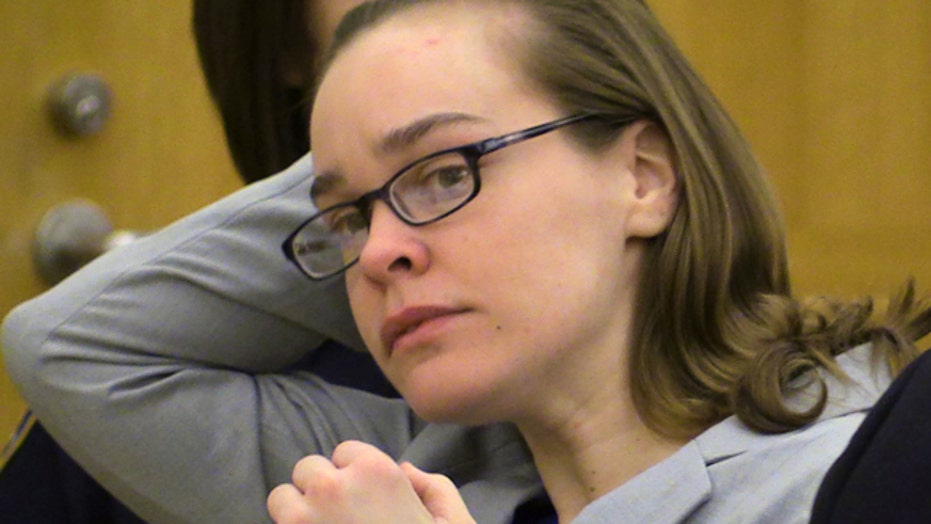 WHITE PLAINS, N.Y. – A woman who blogged for years about her son's constant health woes was convicted Monday of poisoning him to death by force-feeding heavy concentrations of sodium through his stomach tube.

A jury in the New York suburbs found Lacey Spears, of Scottsville, Kentucky, guilty of second-degree murder in the death of 5-year-old Garnett-Paul Spears, a spokesman for the district attorney's office said.

The defense portrayed Spears as a caring mother and her son as sickly, but the prosecution argued that Spears reveled in the attention Garnett's illness brought her. Video showed Spears twice taking the boy into a hospital bathroom with a connector tube and the boy suffering afterward.

"The motive is bizarre, the motive is scary, but it exists," Assistant District Attorney Patricia Murphy said in closing arguments Thursday. "She apparently craved the attention of her family, her friends, her co-workers and most particularly the medical profession."

She suggested that Spears, 27, eventually killed the boy because she feared he would start telling people she was making him ill. Her actions were "nothing short of torture," she said.

Several doctors testified that there was no medical explanation for the spike in Garnett's sodium levels that led to his death.

But defense lawyer Stephen Riebling said there was no "direct evidence" of a crime and drew out from witnesses that Spears seemed devastated by her son's death. He said the hospital video was edited to eliminate tender scenes between mother and son, including one where Spears puts two pairs of socks on Garnett.

"If she's planning on killing him, why does she care whether his feet are cold?" he asked the jury.

He also said the hospital was negligent and dehydrated the boy -- an assertion Murphy called "just ridiculous."

The evidence included two feeding bags found in Spears' apartment that were heavily tainted with salt, including one that Spears asked a friend to hide. One bag had the equivalent of 69 McDonald's salt packets in it, a forensic toxicologist testified.

Also in evidence were many of Spears' postings on Facebook, Twitter, MySpace and a blog and her online research into the dangers of sodium in children.

Spears, an Alabama native, was living with her son in Chestnut Ridge, New York, when he died. She moved to Kentucky afterward and was living there when she was arrested.

There was no mention at the trial of a disorder known as Munchausen by proxy in which caretakers secretly harm children to win sympathy. Some experts believe that disorder fits Spears' actions.