MCCOMB, Miss. - The Mississippi Department of Corrections has lifted a statewide lockdown of prisons, with the exception of Mississippi State Penitentiary at Parchman, following a week of deadly riots at Parchman.

However, the MDOC’s attempt to restore order in its prisons hasn’t been enough to calm the fear one inmate’s mother has for his safety.

Lashawnda McGowan said she was in a perpetual state of fear for her 21-year-old son’s safety at Parchman. Her son, whose name McGowan asked to be concealed out of concern that he would be “targeted,” is serving a 15-30 year sentence for armed robbery at the facility where a week-long riot saw the deaths of three inmates, a fire and two inmates escape who were later captured.

“It’s a nightmare. [I] barely can get any sleep,” McGowan told Fox News. “You don't want to know that your child can't lay down and get a good night’s sleep because [he’s] worried about somebody attacking [him] in [his] sleep.”

McGowan said she last spoke to her son on Dec. 31 as he described the chaos that was taking place at Parchman. She said he expressed concerns about his well-being and shared images with her with details of the conditions and violence inside the more than 100-year-old prison in case something happened to him. 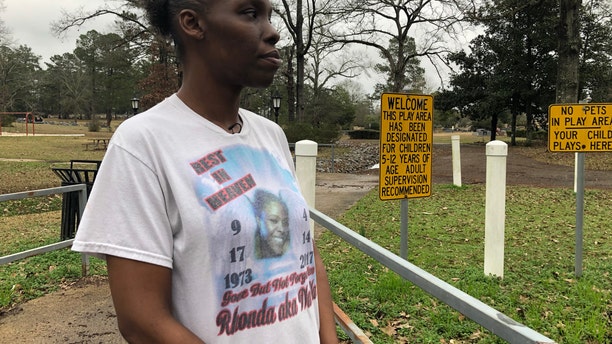 Lashawnda McGowan said she fears for her son's safety in Mississippi State Penitentiary at Parchman. He was housed there while riots broke out and saw three inmate deaths. (Fox News/Charles Watson)

Not long after that conversation, McGowan said she began to receive pictures and videos to her cell phone from inmates at Parchman. The images showed inmates, allegedly at Parchman, shouting from their cells as garbage littered a unit floor. Another set of photos purportedly shows two inmates’ lifeless blood-soaked bodies lying in a cell, blood-stained walls and floors, and multiple inmates sleeping on floors in cramped cells.

“During all of this, inmates started to leak picture out to me because they knew I was going to the news,” she explained. “They started to leak the conditions of the building and the situations they were going through. It was absolutely horrifying.”

The images have since been circulated on social media sites like Facebook. The MDOC did not confirm the legitimacy of the images or if they were from inside its Parchman facility or others.

However, in a statement on its website from the department commissioner, Pelicia E. Hall said some of the major disturbances in the prison are gang-related.

"The identities of the gangs or security threat groups will not be released to the public for security purposes. There is a lot of misinformation fanning the flames of fear in the community at large, especially on social media,” Hall said. “Cellphones are contraband and have been instrumental in escalating the violence.”

The department has been under pressure to improve its three state facilities for years after reports of unsanitary and dangerous conditions in understaffed facilities. In August 2018, Hall called on the FBI and the Mississippi Department of Public Safety, in the name of transparency, to investigate the deaths of 16 inmates who died while in MDOC custody within a month’s time. She said the department was confident 11 of the inmate deaths were from natural causes and two others were being investigated as homicides.

Cliff Johnson, who is the director of the Roderick and Solange MacArthur Justice Center and a member of the faculty at the University of Mississippi School of Law, said frustrations have been building for both inmates and corrections officers who man the state’s prisons.

“You have a shortage of correctional officers. More than 600 officers short in Mississippi. They say pressure bursts pipes. This pressure has built up over time,” he told Fox News. “People are frustrated. They’ve been subjected to incredibly unhealthy and dangerous and maddening conditions and it’s boiled over." 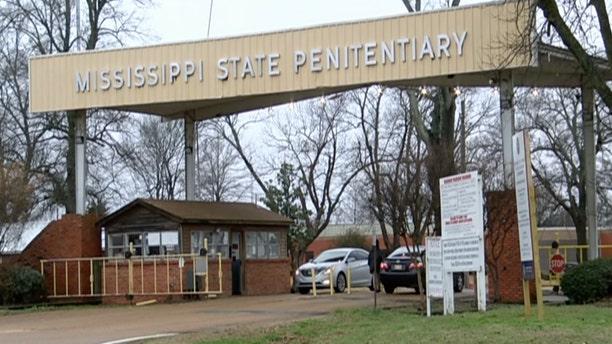 Outside of Mississippi State Penitentiary at Parchman. Three inmates died there within a week after riots and violence erupted among inmates. (Fox News/Charles Watson)

According to the most recent numbers from the Sentencing Project, Mississippi ranks third out of all states regarding inmates per capita with an incarceration rate of 1,039 per 100,000 people — trailing only Oklahoma and Louisiana. However, Mississippi is outspent by 35 of 49 other states with a budget somewhere around $347 million.

Johnson said what’s happened at the state’s prisons is sad, but not surprising.

“The Mississippi legislature has been on notice for years. They have known that we have this problem,” he said. “It’s not just a bunch of liberal civil rights lawyers standing on the steps of the capitol holding protests and waving signs. We’re talking about law enforcement. We’re talking about the commissioner of corrections. We’re talking about wardens and certainly the inmates themselves who’ve been begging for help and it’s been withheld."

Outgoing Gov. Phil Bryant has since declared a state of emergency, which has allowed for more than 300 inmates at Parchman to be temporarily transferred to a privately-run prison in Tutwiler -- about eight miles away -- for up to 90 days.

Meanwhile, lawmakers in Jackson have been discussing what kind of legislative action they can take during this year’s session to not only improve conditions for inmates, but to increase staffing and pay for the MDOC. The department is seeking $67 million in additional funding to hire 800 new corrections officers.

Republican Sen. Joel Carter, who serves on the corrections committee, said legislators are looking at allocating money for capital improvements at Parchman and pay increases for prison guards. He said he doesn’t want the federal government filing a lawsuit against the state with all that’s happened in the state’s prisons in the last few weeks.

“As everyone has seen, the pictures that have come on social media, the facility needs some serious upgrades. We’re also trying to figure out a way to increase guard pay,” he said. “You’ve got a debate on both sides on how prisoners should be treated when they’ve taken the life of others, but at the same time we have got to have a facility that functions.”

McGowan is hoping action is taken soon because, despite the crimes that landed the inmates in prison, she said they’re loved and they’re still people.