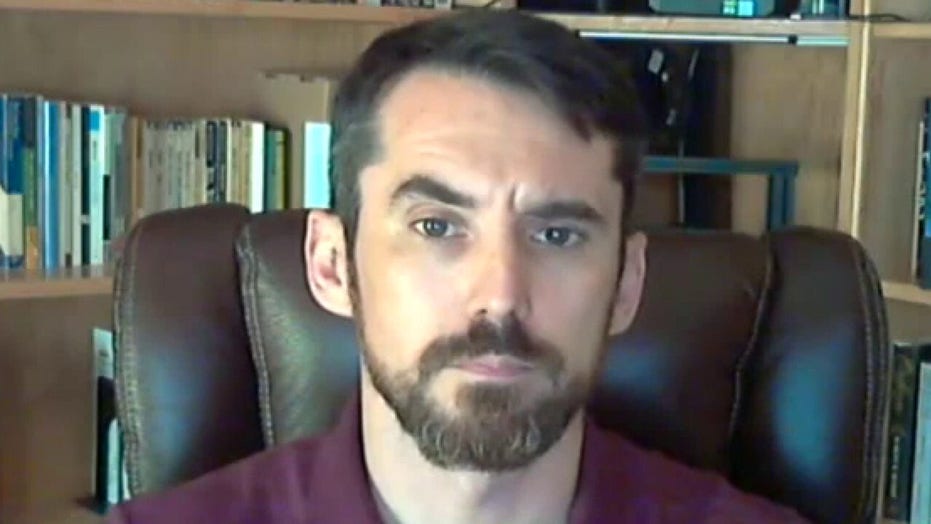 Seth Stoughton, a law professor at the University of South Carolina, weighs in on ‘America’s News HQ.’

Mississippi prosecutors announced last week that manslaughter charges against a white former police officer in the 2015 deadly shooting of a black man have been dropped, concluding that he had acted in self-defense.

Canyon Boykin pleaded not guilty in 2016 after being indicted in the death of Ricky Ball. The killing sparked protests in 2015 in Columbus, a mostly black city of 23,000 in northeastern Mississippi.

A file image of former police officer Canyon Boykin, center, being led from the Lowndes County Courthouse in handcuffs while people applauded in Columbus, Miss.  (The Commercial Dispatch via AP)

District Attorney Scott Colom said Fitch did not consult him before her office announced it was dropping the charge against Boykin.

Colom, a Democrat, said Friday he would have recommended the attorney general not dismiss the charge now, since Boykin has been out of jail on bond. Colom cited riots in Minnesota over the death of George Floyd, an African American man who died after a white police officer knelt on his neck for minutes, along with public outrage over the deaths of several other African Americans killed by white law enforcement officers or U.S. citizens.

Boykin was working for the Columbus Police Department when Ball, 26, was shot to death after a traffic stop. Ball was a passenger and ran from the vehicle after it was stopped, according to Boykin. The officer said he fired his weapon while chasing Ball because Ball appeared to point a gun at him. A handgun turned up near Ball's body. Ball's family disputed whether Boykin had cause to shoot.

Colom said Friday he's not critical of Fitch's decision to dismiss the case, but said more evidence for the decision needed to be released to the public.

"It's a tragedy when for anyone to die," Waide said. "Canyon was doing what he was sent to do and had to defend himself."