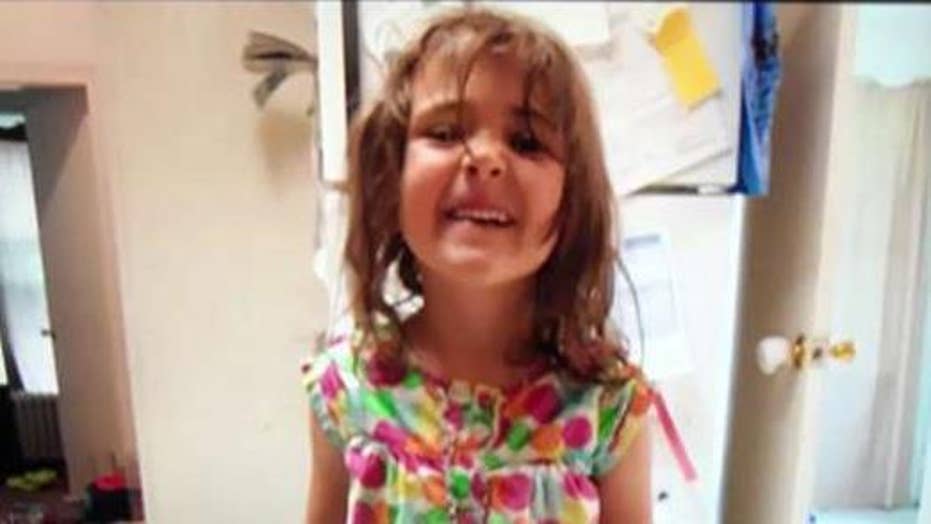 The uncle of a missing 5-year-old girl in Utah has been linked to her disappearance by evidence recovered at several scenes, authorities revealed Monday.

They also said the main suspect in the case has been uncooperative with investigators.

Logan Police Capt. Tyson Budge said at a news conference that 21-year-old Alex Whipple came to the home of Elizabeth “Lizzy” Shelley on Friday night unexpectedly around 9 p.m., her family saw her sleeping about 2 am and the two were gone by the time the family woke up at 9 a.m. on Saturday.

Budge said that not long into their investigation, officers were able to locate several evidentiary items not too far from the residence, but did not disclose specifics on what investigators found.

Logan City Police said suspect Alex Whipple has been "uncooperative and was booked into the Cache County Jail on an FTA warrant for absconding from probation." (Logan City Police)

"These items have been forensically tested and they do link Mr. Whipple to our missing child, Elizabeth," he said. "They also have evidence that link them to the residence that they were in and also links them together outside the home.”

Whipple was located around 3 p.m. on Saturday in a rural area that is about a 15-minute drive from Logan, and was on foot when authorities found him with drug paraphernalia, according to Budge. The 21-year-old was booked into jail on an active warrant after he absconded from probation and during an interview with police made statements that authorities were "able to verify as untrue very quickly," Budge said.

“Everything he has done has been quite deceitful and we have no reason to believe anything he told us was accurate," he told reporters.

Budge added that authorities have executed search warrants on the home in question and several nearby areas.

Ryan Liljenquist, who works at a convenience store, told FOX13 he saw Whipple on Saturday afternoon around 1:30 p.m. as he came in to buy cigarettes and beer, alone.

"Disheveled, like he had been on a binge of some kind," Liljenquist told the television station. "He was wearing a gray hoodie. Underneath that hoodie, was a kind of a suit and tie, something really weird."

HAWAII WOMAN FOUND ALIVE AFTER MISSING FOR 2 WEEKS SAYS TIME IN FOREST WAS 'TOUGHEST,' BUT 'I CHOSE LIFE'

The Logan Police Department said in a Facebook post on Monday they are still searching for the girl, but don't need any more civilian volunteers.

"We have over 200 law enforcement officers from a dozen agencies including local, State and Federal officers. We hope you can appreciate the sensitive nature of what is occurring. Please be patient," police said. "We understand the frustration and the many willing persons who want to help with this search. As soon as we have that need we will reach out."

Jill Parker, a spokesperson for the family, said Monday that they still "hope for a safe return from our sweet girl Lizzy."

"As a family we are overwhelmed, scared, and sad of the recent tragic events that have touched our lives," Parker said in a statement from the family. "We are grateful for all of those who continue to search and help. We would like to thank law enforcement, volunteers, and all other agencies and businesses for their tireless efforts in helping us find our daughter."

Authorities are still asking anyone in the neighboring communities who may have seen Whipple on Friday or Saturday to contact police. Anyone with information is asked to call police at 435-753-7555.