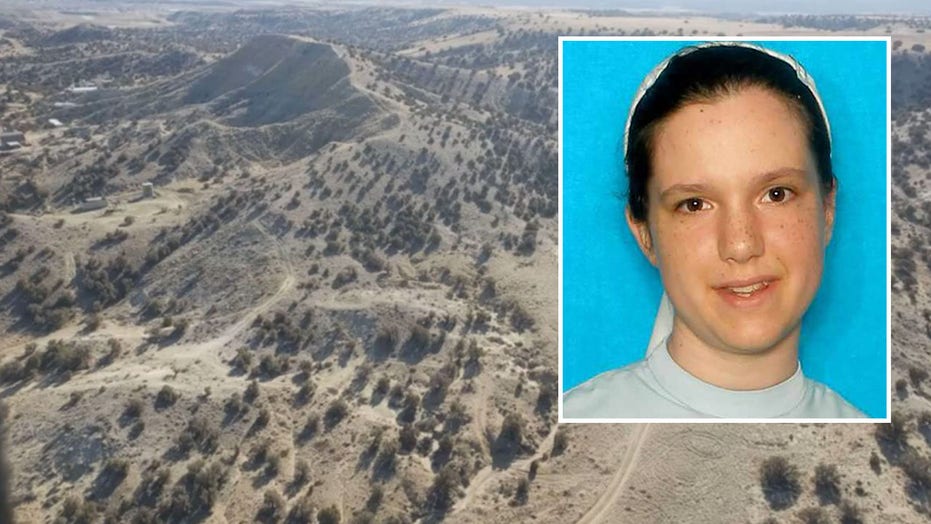 The body of a missing New Mexico woman has been discovered in the Arizona desert, more than 270 miles away from the “secluded” Mennonite community she mysteriously vanished from over a month ago, and investigators are calling it murder.

Sasha Krause, 27, was last seen on Jan. 18 outside her Mennonite church in Farmington, N.M., investigators have said. Her car was still in the parking lot.

A body matching her description was found Friday near Sunset Crater National Monument in Flagstaff, Ariz. Fingerprints taken at the scene were matched with Krause’s driver’s license records from the Texas Motor Vehicle Department to confirm her identity, Coconino County Sheriff’s Office said Tuesday in a news release.

Krause's body was discovered in Arizona on Friday, more than 270 miles from her Mennonite community in New Mexico where she disappeared last month. (San Juan County Sheriff's Office)

Shane Ferrari, sheriff of New Mexico’s San Juan County, said the case has transitioned to a criminal investigation as authorities work to identify and apprehend the person responsible for Krause’s “kidnap and murder.”

He also called Krause’s disappearance from the close-knit Mennonite community suspicious from the beginning.

"Very secluded," Ferrari told FOX10 Phoenix of the community. "They have a business, they live onsite, and we never respond there very often for anything, so it struck us as very odd that we had someone missing, especially because you see them out in a group and having someone gone was very strange to us."

The San Juan County Sheriff’s Office dispatched aerial and canine searches over the past month, but there were no traces of the missing 27-year-old. A $50,000 reward was also offered for information that led to her recovery.

LORI VALLOW'S MISSING IDAHO KIDS: EVERYTHING TO KNOW ABOUT THE DOOMSDAY CULT CASE

A medical examiner is now working to determine Krause’s cause of death. No further details were available due to the ongoing nature of the investigation, authorities said.

“I think it’s all just kind of a mystery right now,” Coconino County sheriff’s spokesman Jon Paxton told the station. “Once we get a cause from the [medical examiner], that’s really going to lead us forward.”

Friends remembered Krause as a person of deep faith.

“It shouldn't happen to anyone," Paul Kaufman, a co-worker of Krause's, told FOX10. "[She was] a dedicated Christian, so yeah, she leaves a big hole with us."