The Minnesota National Guard has been activated "out of an abundance" of caution, officials said Wednesday, following the release of former Minneapolis police officer Derek Chauvin from a correctional facility.

“Out of an abundance of caution for the safety of Minnesotans, we have asked the Minnesota National Guard to prepare to assist in keeping the peace,” Gov. Tim Walz said.

About 100 soldiers will be activated in addition to another 100 state troopers and 75 conservation officers with the state Department of Natural Resources.

The soldiers will stage and prepare for a potential response should any unrest occur, the National Guard tweeted. In a statement to Fox News, the Minneapolis Police Department said it will work with local, state and federal agencies to address unrest if it unfolds.

"We are aware of current and future possible flashpoints that present challenges on both a local and national level," said department spokesman John Elder. "We continue to work with our various communities to ensure our residents’ First Amendment rights to lawfully and peacefully protest are protected while maintaining public safety for all. "

Demonstrators gathered to march downtown according to social media post, but there have been no reports of violence.

In another part of town, a crowd of demonstrators repeatedly shouted Floyd's name. Others called for the prosecutors of the officers involved in Floyd's death.

In one video, a marcher is walking as gunshots are heard.

"That's the welcoming committee," he says. "Welcome to the hood baby."

Chauvin, 44, is facing the most serious charges --  second-degree murder, third-degree murder and manslaughter -- out of the four officers associated with the May 25 death of George Floyd. He was released Wednesday from Hennepin County Jail on $1 million bail after being held in police custody for several months.

Video footage of Chauvin, who was fired from the police force, pressing his knee on Floyd's neck for nearly nine minutes during a police response over an alleged counterfeit $20 bill ignited a wave of global protests and uprisings against police brutality and racial justice that still continues. 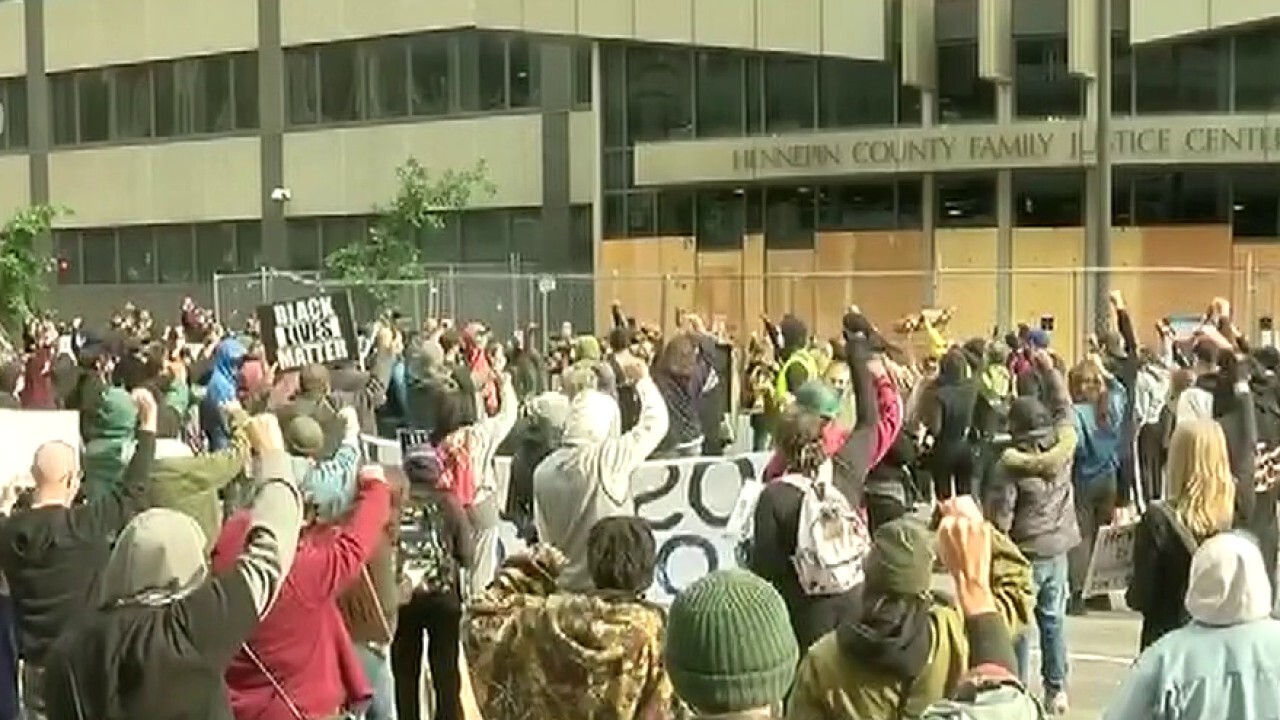 At times, peaceful demonstrations in Minneapolis and other cities devolved into rioting and looting that ended with arrests, torched buildings, vandalism and physical violence against police and demonstrators.

Upon hearing the news of Chauvin's release, attorneys for Floyd's family called it a "painful reminder" that justice is still far from being achieved.

"The system of due process worked for Chauvin and afforded him his freedom while he awaits trial," a joint statement from Ben Crump and co-counsel Antonio Romanucci read. "In contrast, George Floyd was denied due process, when his life was ended over a $20 bill."