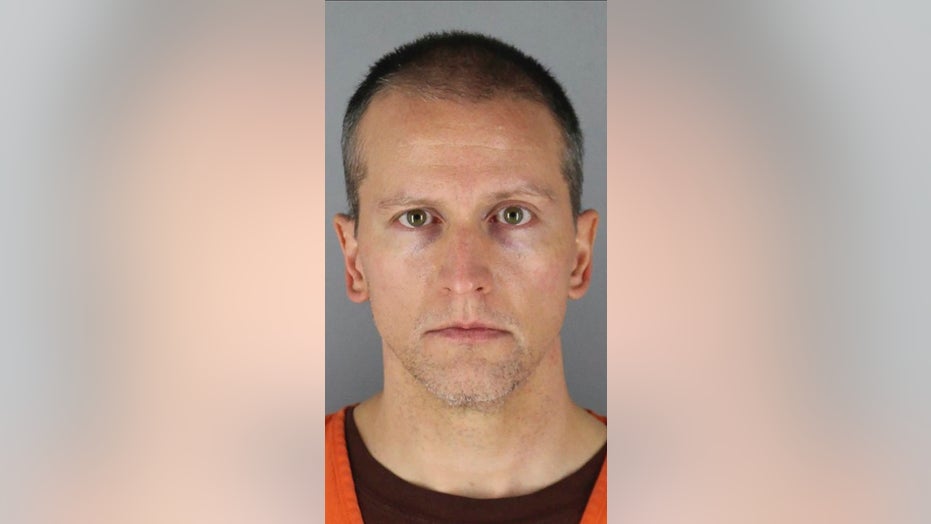 The former Minnesota police officer charged in the killing of George Floyd will be allowed to leave the state due to safety concerns while he awaits trial, a judge ruled Friday.

A Hennepin County judge said Friday that the state Department of Corrections provided evidence of "safety concerns" since Derek Chauvin's release from jail this week. The type of evidence was not disclosed.

Messages and calls to Chauvin's attorney were not returned.

Former Minneapolis police officer Derek Chauvin is charged with murder in the death of George Floyd. Chauvin posted bail on Wednesday and was released from prison, according to court documents. A judge ruled Friday that he can leave the state over unidentified safey concerns while he awaits trial. (Hennepin County Sheriff's Office via AP)

The former Minneapolis police officer faces murder and manslaughter charges in connection with Floyd's death after he was seen on video pinning his knee into Floyd's neck for nearly nine minutes during the May 25 encounter.

He had been in custody for months but was released Wednesday on $1 million bond, igniting a wave of criticism. The release also triggered two nights of protests in Minneapolis, prompting Gov. Tim Walz to activate the National Guard to thwart any potential violence.

One of the conditions of Chauvin's release was that he could not leave the state without written permission from the court.

In his order, Judge Peter Cahill modified those conditions. Under the new terms, Chauvin, 44, must establish residency in Minnesota or a "contiguous state as soon as possible" and report it to his conditional release officer. His address will be given to local law enforcement and it must be kept confidential, the order said.

He also must obtain a cell phone and carry it at all times, sign copies of an extradition waiver and surrender his passport.

In a statement, lawyers for the Floyd family said Chauvin was given special treatment, which further demonstrates the contrast between two justice systems in America.

"Can you imagine a Black man awaiting trial for murder being allowed to leave the state out of concern for his safety?" lawyers Ben Crump and Antonio Romanucci said in a joint statement. "The police were not concerned about George Floyd's safety even as he was handcuffed, face down on the ground with his breath and life being slowly extinguished."