Good morning and welcome to Fox News First. Here’s what you need to know as you start your day …

Milley-China calls weren’t authorized, Trump’s ex-acting defense chief says
Former acting Secretary of Defense Christopher Miller, who led the Pentagon from the period after the 2020 election through Inauguration Day, said he "did not and would not ever authorize" Chairman of the Joint Chiefs of Staff Gen. Mark Milley to have "secret" calls with his Chinese counterpart, describing the allegations as a "disgraceful and unprecedented act of insubordination," and calling on him to resign "immediately."

In a statement to Fox News, Miller said the U.S. Armed Forces, from their inception, have "operated under the inviolable principle of civilian control of the military."

"The Chairman of the Joint Chiefs of Staff is the highest-ranking military officer whose sole role is providing military-specific advice to the president, and by law is prohibited from exercising executive authority to command forces," Miller said. "The chain of command runs from the President to the Secretary of Defense, not through the Chairman."

Miller went on to reference the allegations, which are included in the book "Peril," co-written by Washington Post reporters Bob Woodward and Robert Costa, that Milley made two secret phone calls, both to his Chinese counterpart, Gen. Li Zuocheng of the People’s Liberation Army. The book alleges the phone calls took place prior to the 2020 presidential election, on Oct. 30, 2020, and then two days after the Jan. 6 Capitol riot, on Jan. 8, 2021. CLICK HERE FOR MORE ON OUR TOP STORY.

In other developments:
- Pentagon dodges questions on Milley phone calls
- Tucker Carlson: Mark Milley is a danger to the country, and Congress doesn't seem to care
- Hannity: Either Milley is a ‘dangerous traitor, or Woodward, Costa are ’liars'
- ‘The View’ hosts clash after Sunny Hostin, Sara Haines agree that General Milley China calls were ‘treason’

Durham's Russia ‘origins’ probe: Request for grand jury indictment may be hours away
Special Counsel John Durham, the federal prosecutor tapped during the Trump administration to investigate the origins of the Russia investigation, could be days – if not hours – from taking his case to a grand jury against a cybersecurity attorney for allegedly providing a false statement to the FBI, Fox News has learned. But the clock is ticking. 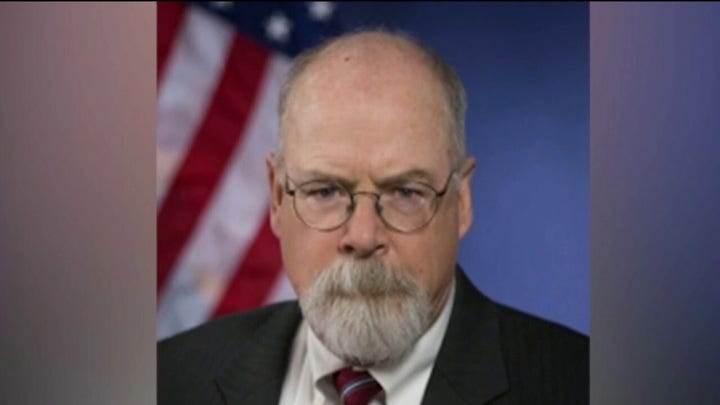 Durham is zeroing in on a Sept. 19, 2016, conversation between the lawyer, Michael Sussmann, and an FBI employee, a source said. The statute of limitations expires this weekend and questions remain on whether he will have funding to continue his investigation past the end of the government's fiscal year on Sept. 30.

Lawyers for Sussmann told Fox News on Wednesday night that their client is a "highly respected national security and cyber security lawyer" who served in the Justice Department during both Republican and Democrat administrations.

"Mr. Sussmann has committed no crime," they said. "Any prosecution here would be baseless, unprecedented, and unwarranted deviation from the apolitical and principled way in which the Department of Justice is supposed to do its work. We are confident that if Mr. Sussmann is charged, he will prevail and vindicate his good name." CLICK HERE FOR MORE.

Utah investigators ‘not ruling anything out’ in double homicide near Gabby Petito incident
Utah investigators have not ruled out a potential connection between two high-profile cases in the scenic campgrounds around Moab – a grisly double-homicide that left newlyweds dead and an apparent lovers’ quarrel involving a woman who has since gone missing.

"We're looking at everything, I mean, anything and everything that was suspicious around that time or we're not ruling anything out at this time," a spokesman for the Grand County Sheriff’s Office told Fox News on Wednesday afternoon. "So we're just investigating the information as it comes in." 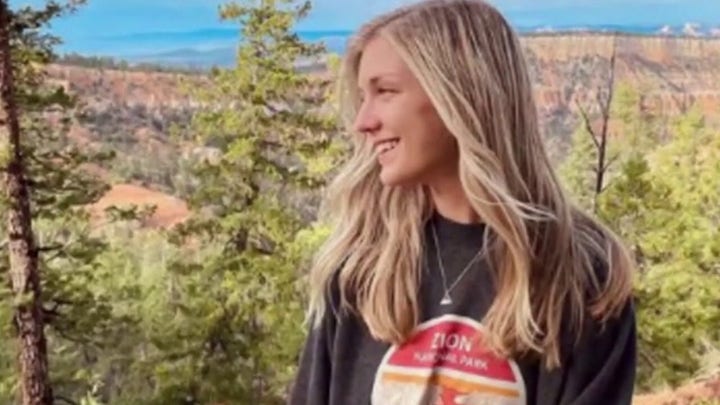 Crystal Turner, 38, and Kylen Schulte, 24, were last seen Aug. 13 at Woody’s Tavern on Main Street in Moab. They were found shot to death in the South Mesa area of the La Sal Loop Road five days later.

Schulte worked nearby at a co-op grocery store called Moonflower – the organic, herb-scented bodega where Gabby Petito, 22, and Brian Laundrie, 23, got into an emotional argument that prompted a police response on Aug. 12.

The proximity of time and location prompted speculation that the two separate incidents may share another connection.

But there was no immediate evidence suggesting a connection. CLICK HERE FOR MORE.

Alex Murdaugh to surrender to authorities after warrant issued, lawyer says
Alex Murdaugh, the South Carolina lawyer who allegedly arranged for someone to kill him in an effort to collect millions in insurance payouts for his son, will turn himself in to authorities Thursday, his lawyer Jim Griffin told Fox News on Wednesday evening.

"We have been informed that there is a warrant for his arrest for conspiracy to commit insurance fraud. He plans to voluntarily surrender tomorrow and the arraignment and bond hearing will be held at 4 p.m. at the Hampton Country magistrate court," Griffin said.

The development comes after a Sept. 4 shooting in which Murdaugh, 53, was grazed by a bullet to his head in broad daylight on the side of a rural road, just months after his wife and son were both shot dead.

He allegedly admitted the shooting was part of a scheme to collect a $10 million insurance payout for his surviving son. CLICK HERE FOR MORE. 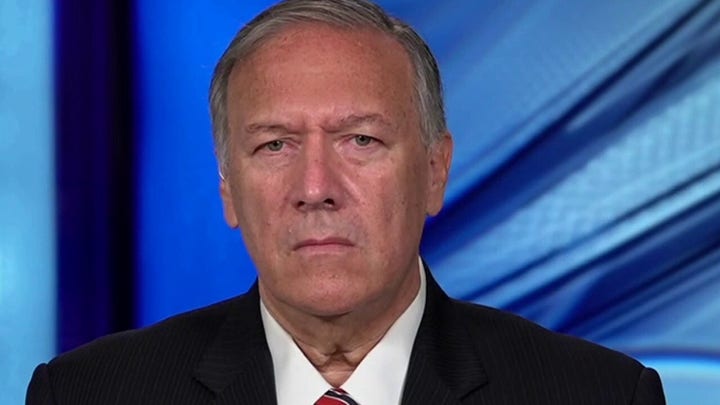 Former Secretary of State Mike Pompeo appeared on Fox News’ "Hannity" on Wednesday night, where he shared his take on the accusations in reporter Bob Woodward’s new book "Peril" that Joint Chiefs of Staff Chairman Gen. Mark Milley spoke by phone with a Chinese general during the final days of the Trump administration.

"We should make sure that we, as quickly as we can, find out if Gen. Milley spoke to Woodward himself," Pompeo said. "We should find out if Gen. Milley is prepared to testify. We can do it tomorrow or the next day to get clarity about what Gen. Milley said. I don't know the DOD's policy on whether there would be a transcript of this phone call, but I promise you there were note-takers in the room. I am very confident that conversation could be reconstructed.

Fox News First was compiled by Fox News’ Jack Durschlag. Thank you for making us your first choice in the morning! We’ll see you in your inbox first thing Friday.