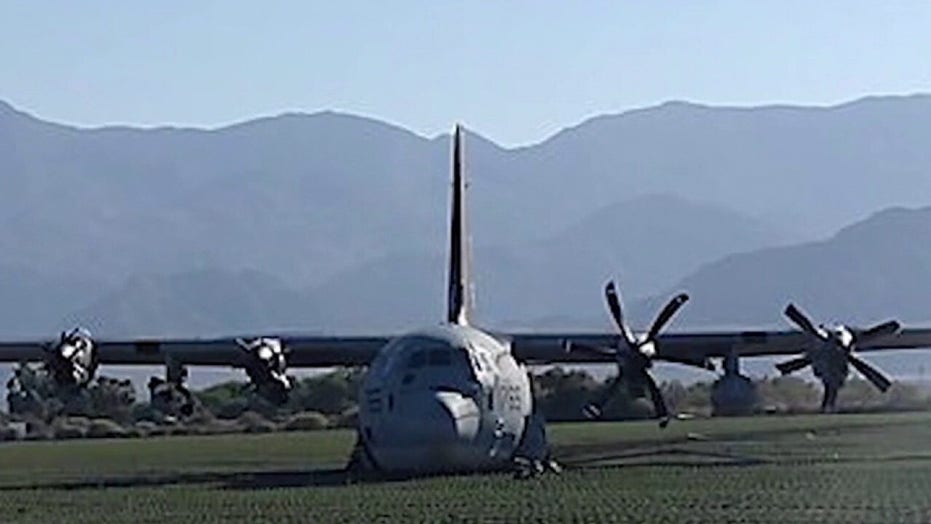 A U.S. military jet crashed Tuesday in California, after a mid-air collision with a KC-130J aircraft.

According to the military, the crash occurred around 4 p.m. after the F-35B hit the KC-130J during an air-to-air refueling.

A radio dispatch of emergency personnel on the ground reported that the F-35's pilot and co-pilot were able to safely eject before the plane crashed in Thermal, Ca.

The pilot of the F-35 is being treated and all crew members aboard the KC-130 were reported safe, a military spokesperson told FOX News.

The KC-130 was carrying at least eight passengers., KESQ reported.

"The official cause of the crash is currently under investigation," the military spokesperson added. "Updates will be provided as information becomes available."