Temperatures will soar to start off the month of July across the Plains on Wednesday, as some of the heat in the nation's midsection could bring thunderstorms.

Extreme heat and humidity are building throughout the day across the Central U.S. with widespread heat advisories in the Plains.

Advisories have been issued for parts of Texas, Oklahoma, Nebraska, Missouri, Arkansas, and Louisiana.

Daytime high temperatures will reach the middle 90s to 100 degrees, but it will feel like it is between 105 to 115 across the region.

Heat advisories stretch from Texas to Nebraska as hazy, hot, and humid conditions are expected on Wednesday. (Fox News)

Vulnerable populations should avoid being outdoors during the heat of the day.

Hot weather is forecast to expand into Thursday.

Hazy, hot and humid conditions can be expected throughout the day, with heat advisories running through the evening.

As the temperatures soar, ongoing flood potential continues for the middle Mississippi valley through Wednesday.

Flood watches and warnings are in effect across much of Illinois, southern Indiana and Kentucky.

Heavy rain from storms will continue into Wednesday night across this region and into the Ohio River valley, keeping the flood potential high.

Saharan Dust to linger through the end of week

Another round of Saharan dust will move into the Gulf Coast starting on Tuesday. (Fox News)

Another moderate surge of Saharan dust is moving into the western Gulf states, especially across Texas and Louisiana.

The thin layer continues to flow off the coast of Africa across the Atlantic and into the Caribbean, Gulf of Mexico, and into the southeastern U.S. 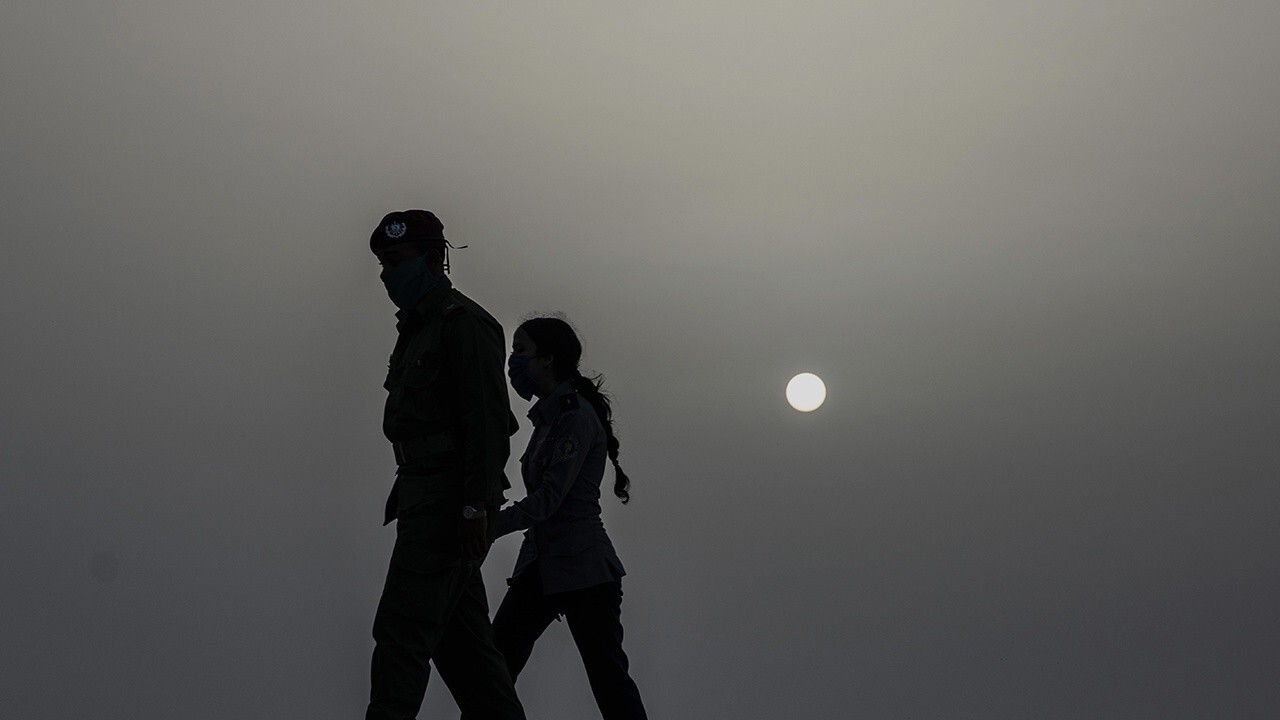 While this round won't be as thick or as widespread as it was last weekend, dust will be seen on Wednesday and Thursday from Texas to Louisiana.

This latest round of dust may continue to cause respiratory issues for sensitive groups.

Otherwise, dust in the atmosphere prevents hurricane development; there is no activity across the Atlantic for at least the next week.