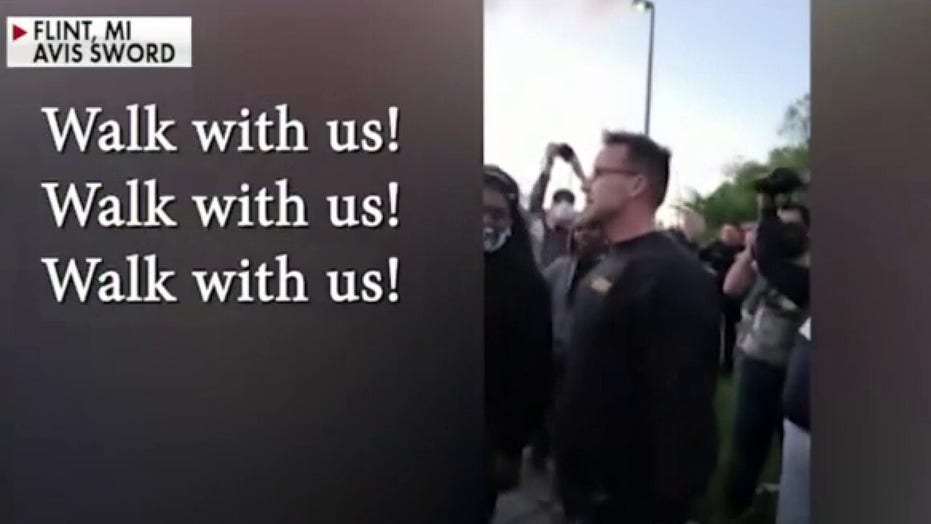 A Michigan police chief has been put on paid leave after posting a series of offensive tweets, including calling for "body bags" and referring to demonstrators protesting the death of George Floyd as "vicious subhumans."

The posts were made on a now-deleted Twitter account but screenshots posted on Facebook show that one tweet read: "Trump threatening to deploy the military. Unleash real cops and let them take care of these barbarians. I promise it will be over in 24 hours."

Another read, "Wild savages. I wish to God I would have been there. Body bags for these vicious subhumans."

The comments come at a time when there have been weeklong protests across the country over the death of George Floyd, a Minneapolis man who died in police custody after ex-officer Derek Chauvin kneeled on his neck for nearly 9 minutes as Floyd begged for his life. Though the demonstrations initially started out in support of Floyd, they have quickly become a rallying cry against systemic racism and police brutality.

Shelide, who has been Shelby Township's police chief since 2015, released a statement Thursday backtracking.

"While an apology is insufficient and an insult to the gravity of my comments, I humbly and respectfully ask for the courtesy of forgiveness to those I have offended, to my department and more importantly to those I am sworn to serve," he wrote.

It's unclear if his apology will have any affect on his job status.

Shelby Township's southern border is the location where a Black Lives Matter march is scheduled for Saturday afternoon. The township police department is scheduled to be involved in helping to provide security for the event.

In a separate incident in Western Michigan, Lowell Police Chief Steven Bukala resigned after posting on social media that his police department supported four armed men who said they wanted to protect the town from destructive protests.

"So these fine young men called me today. They wanted to exercise their Second Amendment rights and walk down Main Street. They saw what happened in Grand Rapids. They said it's not going to happen here. We have your backs. I thanked them for letting me know they were in town and to call if they see something," Bukala, who was appointed chief in 2013, posted on Facebook.

The entire Lowell Police Department seemed to defend the four men and their motives.

"Greetings just to inform you the public we will have four open carry Second Amendment citizens walking Main Street ... They're well within their Second Amendment rights to do this. We are aware, there's no need to call us."

The LPD has since apologized.