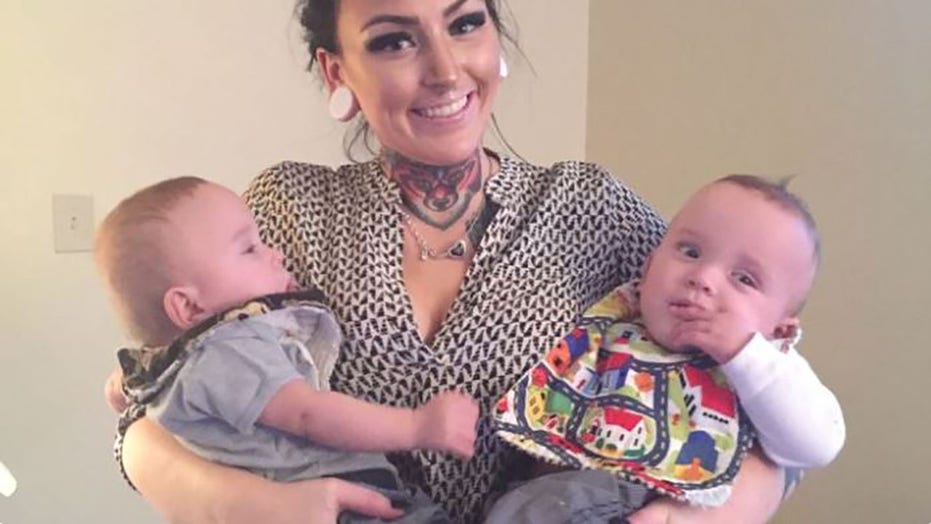 A Michigan woman died saving her twin 5-year-old sons by using her body to protect them as a vehicle plowed into their car Monday night, her family said.

Hillarie Galazka, 29, was driving back to her Lincoln Park home when her Saturn Ion was rear-ended on an entrance ramp of I-96, FOX2 Detroit reported.

Galazka died on the scene but her twin sons survived with minor injuries, her family said.

Galazka was a mother to twin 5-year-old boys and an 8-year-old boy who was not in the car at the time of the crash. (Handout)

"Her body saved them," her mother, Jodie Kelley, told the station. "The boys say they saw her open her eyes and look at them, and then she closed her eyes, never opened them again. They remember that."

Michigan State Police said the 25-year-old male driver who struck Galazka's vehicle was speeding and driving on a suspended license, the station reported.

He fled the scene of the accident and was later found at a hospital, police said.

"I cannot believe that this man wasn't in prison for his entire life for all of his warrants," Kelley said. "I can't believe he was behind the wheel doing 90 miles per hour in an SUV."

No details on what charges the driver could face were immediately available.

Police are continuing to investigate the crash.