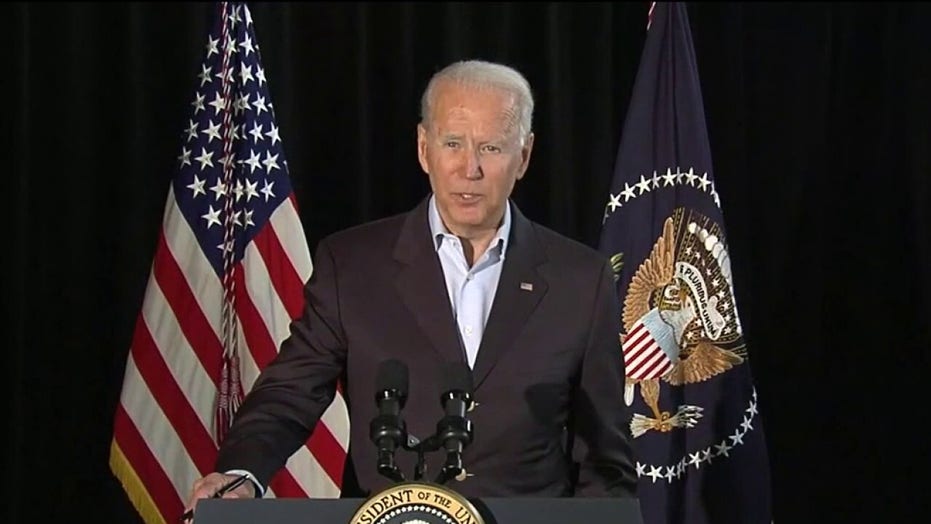 A bombshell report from October has reportedly revealed that workers at the Champlain South Towers South in Florida discovered concrete deterioration and reinforcement corrosion that was so bad that they couldn’t carry out repairs amid concerns they "could affect the stability of the remaining adjacent concrete constructions."

The nine-page report from Oct. 13, 2020, by engineering firm Morabito Consultants, obtained by USA Today, found that workers from Concrete Protection and Restoration found potentially deep deterioration of concrete near the pool area.

Restoration and repair work "could not be performed" because the pool "was to remain in service for the duration of the work" and because concrete excavation at the location "could affect the stability of the remaining adjacent concrete constructions," the news outlet reported.

A man descends from the rubble pile, as members of the search and rescue personnel work atop the debris at the Champlain Towers South condo building on Friday. (AP)

WOMEN TRAPPED IN CONDO RUBBLE PLEADED WITH RESCUERS TO SAVE HER

The report — which the paper received from a missing resident’s relative — suggests that information was only being released piecemeal to building owners, making it more difficult to recognize the scope of the problems in the 12-story structure.

Experts cautioned that it was unlikely that the report’s findings reveal what led to the deadly collapse, whose death toll stood at 18 on Friday, with 145 still missing — but the documents reveal new clues about the building’s state of disrepair, USA Today reported.

In 2018, the Champlain Tower South condo association hired Morabito Consultants to inspect the building — which was built in 1981 — and perform repair services to be completed by this year because Miami-Dade County requires all buildings to undergo a recertification process at the 40-year mark.

A Morabito report from October 2018 warned of major damage in the pool area.

The five issues the engineering team looked into were the wall and edge of the pool, a worn stair column, core samples of the tower’s structural concrete, holes cut to investigate problems with soffits over the garage and demolition of deteriorated concrete in balcony soffits and stucco, USA Today reported.

A soffit, an architectural feature, is generally the horizontal, aloft underside of any construction element.

Of the five issues, the only repairs performed were on the stair column and the removal of the deteriorated concrete and stucco from balconies, according to the news outlet.

Heavy machinery is used to remove a support column as search and rescue personnel work atop the rubble at the Champlain Towers South condo building on Friday. (AP)

Morabito also reported that it removed deteriorated concrete at the edges of the pool, as well as the wall next to it and in the pump room.

The concrete deterioration likely was due to corrosion of the steel reinforcement, USA Today reported, adding that corrosion leads to an expansion of the rebar, which damages the surrounding concrete.

Dawn Lehman, a professor of structural engineering at the University of Washington in Seattle, told the paper that this would have been one of several problems that should have been addressed in the building.

"It’s expensive to fix, and you can’t simply repair damage that is this extensive – you need to replace the damaged reinforcement and concrete," Lehman said.

But the October 2020 report said repairs were not possible for several reasons, including that images suggested that the damage extended into the wall around the pool.

Morabito said it couldn’t access the pool’s interior to perform repairs because it was still being used and the aggressive excavation required could affect the stability of the nearby concrete constructions.

Workers load a stretcher with remains extricated from the rubble into a Miami-Dade County Medical Examiner van, near the Champlain Towers South condo building on Friday. (AP)

On June 22, a commercial pool contractor noted cracking concrete and severely corroded rebar under the pool as well as standing water in its equipment room, the Miami Herald has reported.

While the condition of the concrete and steel reinforcement in the pool area could have contributed to the building’s collapse, on its own such deterioration is unlikely to be the sole culprit, according to USA Today.

"There’s no way that a structural member that has sustained that amount of concrete degradation and corrosion has the intended structural integrity; its structural performance has been compromised. But that’s not the same as causing a building collapse," Lehman told the paper.

Morabito also reported some "exploratory demolition" in the pool area to see if problems were being hidden by architectural, not structural, sections of the tower.

Its report includes images of five sites where paving stones and concrete were removed to access some areas where cores were bored more than a foot down to observe the status of the underlying concrete structural slab, USA Today reported.

The report says the work "yielded some curious results as it pertained to the structural slab’s depth." The report did not explain what was "curious."

Photos in the report show concrete cores that are about 9.5 inches thick.

Mehrdad Sasani, a professor of civil and environmental engineering at Northeastern University in Boston, told USA Today that the original plans for the building specified a thickness of 9.5 inches.

"The constructed slab thickness based on the core data seems to be at least equal to the value shown on the original drawings. So I am not sure what they are referring to as ‘curious results,’" he told the paper.

Abi Aghayere, a Drexel University engineering researcher, also questioned what was curious about the results.

"Were the [structural slab] depths lower than expected or much, much higher than expected?" he told the Miami Herald, which also obtained the October 2020 report.

Aghayere also questioned other aspects of the report.

Given the substantial deteriorated concrete found in the pool equipment room, he told the Herald he would have advised taking the concrete to a lab to test its "compressive strength," or its resistance to breaking.

Aghayere was also struck that there weren’t any photos or further examination of "slab-column connections" — a potentially vital clue as to whether the deadly collapse may have been caused by "punching shear failure," where a column breaks through a weakened slab.

Speaking generally about the lack of information in the report, Aghayere added: "I’m just floored."