Mexican Uber driver in US illegally charged with four rapes 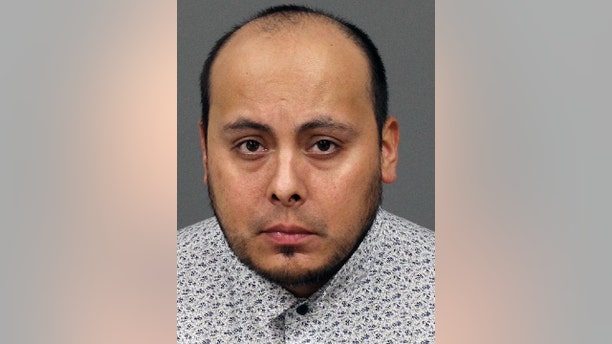 Police say Alfonso Alarcon-Nunez is accused of raping four women and say there may be more victims. (County of San Luis Obispo via AP)

A California Uber driver living in the country illegally has been charged with raping, assaulting and robbing at least four young women.

San Luis Obispo County District Attorney Dan Dow said Alarcon-Nunez was not always driving for Uber when he picked up those women but added that the alleged crimes show that the company should improve its driver screening process.

Prosecutors say Alarcon-Nunez targeted women who were on their way home from parties. After driving them home, investigators say he would assault the women and steal their property -- including cell phones and jewelry.

Authorities told KSBY that Alarcon-Nunez would collect payment for the rides through Venmo to disguise his identity and his Uber records. Prosecutors say he has also used the alias "Bruno Diaz" and his Venmo username was "Brush Bat."

Dow said Monday that Alarcon-Nunez's alleged victims are between 19 and 22 years old and three were intoxicated when they were assaulted. The alleged crimes are said to have occurred in December and January in San Luis Obispo, a city of about 45,000 with a large population of college students.

Predators in cars parked outside bars or restaurants "jump in front of the actual Uber driver and they will take someone unsuspecting to their home. And that's a way of putting someone at risk, and in this case that's exactly what's alleged to have happened," Dow said.

Dow urged Uber users to make sure they are getting in the car of the correct driver by verifying the license plate and other information provided to clients.

Dow says detectives are looking for potential witnesses and trying to determine if there are additional victims in San Luis Obispo and Santa Barbara counties northwest of Los Angeles.

Officials say Alarcon-Nunez, originally from Mexico, returned to the U.S. illegally after a voluntary deportation from New Mexico in 2005. Dow did not have details about why he was deported or whether he has a criminal record in the U.S.

Alarcon-Nunez's immigration status will not have a bearing on the prosecution, Dow said. He could face life in prison if convicted on all charges.