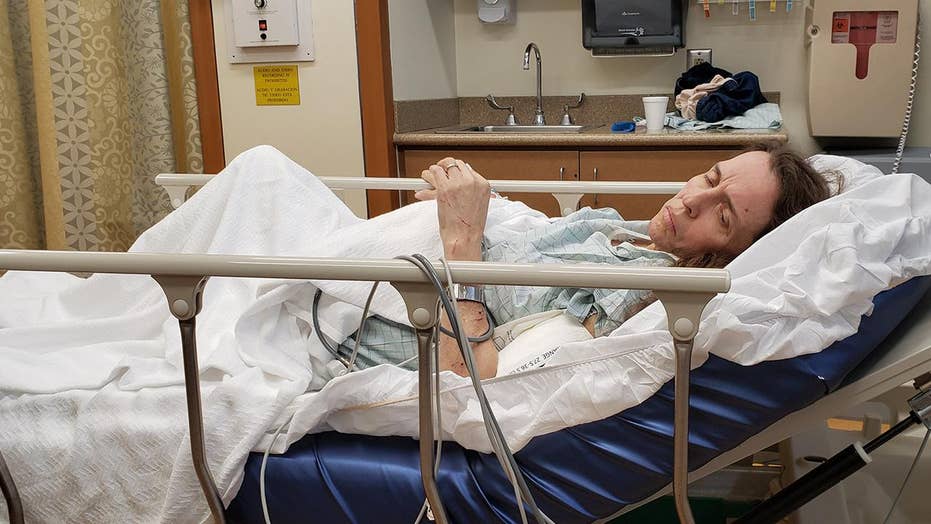 Nearly a dozen hospitals across the country filed a lawsuit to try and stop the new policy but a judge ruled in UNOS's favor. Now transplant doctors across the South and Midwest argue that they will receive fewer livers.

ATLANTA -- Cora O'kelley suffers from non-alcoholic fatty liver disease (NASH) and has been waiting for a liver transplant for over a decade.

O'kelley visits the hospital during her battle with liver disease.

O'kelley is number six on the transplant list for her blood type in Georgia, but a new policy from the United Network for Organ Sharing (UNOS) could see her wait time increase. After years of controversy, a federal judge recently decided to allow new rules on who gets a liver transplant, which went into effect on Feb. 4.

On Feb. 4, the new liver transplant system was announced, expecting to save more lives according to UNOS.

Until earlier this month, the majority of local patients had priority for liver transplants. For example, the sickest patient in the southeast region would be the first on the list for a liver donated in Georgia.

However, under the new policy, a sicker patient as far as 500 miles away could get a liver transplant first. If there are no takers, the liver will be offered to other patients at various distances within the donated area.

MAN DONATES KIDNEY TO MOM WHO WOULD DIE WITHOUT TRANSPLANT

This policy comes after a lawsuit filed by 14 hospitals against UNOS and the U.S. Department of Health and Human Services failed to persuade a judge to delay the new policy from taking effect while the case proceeds.

According to UNOS, the new policy will save 100 more lives per year than the old policy. Yet, doctors across the South and Midwest disagree.

Dr. Raymond Lynch, has completed research on liver transplants across the country.

Lynch fears that the new policy will decrease the number of liver transplants in the South and certain communities will be hit the hardest.

“If we shrink the supply of organs here in Georgia the patients that are going to feel it most – will be poor, will be rural, they will be those with the least access to medical care,” he said.

O'kelley lives in Tifton, a small town in South Georgia, and relies on her faith to get her through the process.

O'kelley said she has faith that she will get a liver.

“That’s my main fear, not knowing for sure that I’ll get one,” O'kelley said.

Last spring, the new policy was put on hold after nearly a dozen hospitals filed a lawsuit to try to block the new liver transplant rules.

“If the system had been in place over the entire year of 2019, we would have done 400 fewer liver transplants” Lynch said.

According to Brian Shepard, the CEO of UNOS, the new system will increase the fairness and equitability of liver transplants across the country regardless of where someone lives.

“Some parts of the country have more organ donors, some parts have more liver disease and because of those differences it resulted in a system where some people wait longer than others,” Shepard said.

Under the new system, while some may have to wait longer than others, the liver will go to the sickest patient, according to UNOS.

“We look at a broad circle to see who the most urgent patients are if there are not any patients at that highest level of urgency then we start to go down the list and move back closer to the donor,” Shepard said.

The new policy also puts a greater emphasis on children, according to UNOS.

“We think it does a much better job of allocating to pediatric patients and we think you’ll see a difference in the number of lives we save in that area, too,” Shepard said.

However, the controversy among leading transplant doctors across the country continues.

“This is regrettable because we’re taking a step backward,” Lynch said.

“This is life or death. A liver transplant is often their only chance for survival,” Shepard said.

As for the legal battle, there will still be a trial to decide the legality of the policy.