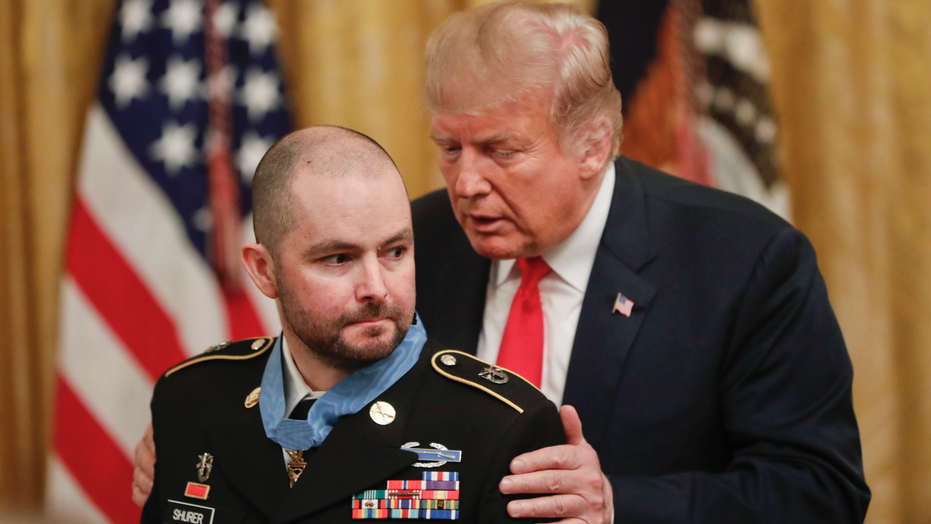 Former Army Staff Sgt. Ronald J. Shurer II, who received the Medal of Honor from President Trump in 2018 for his actions under enemy fire in Afghanistan a decade earlier, has died. He was 41.

He had been battling lung cancer for years, and his most recent social media posts indicated his condition was worsening.

Sources close to the family told Fox News that he lost his fight Thursday morning, days after he was placed on a ventilator.

The Alaska native deployed to Afghanistan as an Army medic and later served in the White House as a Secret Service officer.

Shurer, a former Green Beret, was part of the Special Operations Task Force-33 during operation Enduring Freedom in 2008.

On April 6 of that year, about 200 enemy combatants attacked his unit in the Shok Valley with machine gun, sniper and rocket-propelled grenade fire, according to the White House.

Shurer was the only medic on the mission, which consisted of several dozen American Special Forces soldiers and 100 Afghan commandos, President Trump said during the Medal of Honor ceremony.

The lead portion of Shurer’s team sustained multiple casualties in the attack and found itself pinned against the mountainside. He treated injured soldiers along the way as he fought toward the front, where he stabilized four more soldiers -- then carried them himself to the base of the mountain, using his body as a shield, and loaded them onto a helicopter for evacuation. 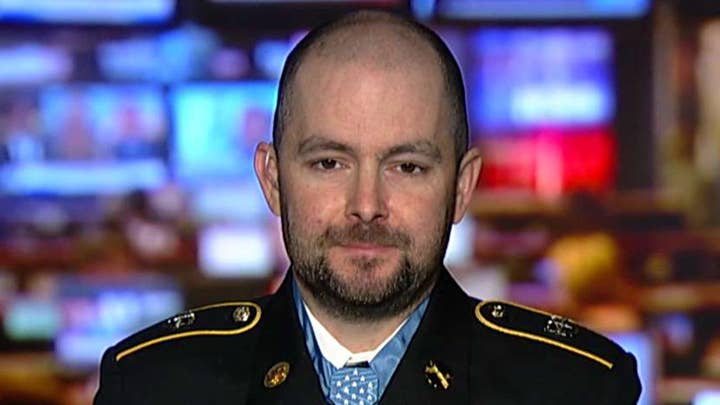 After the evacuation, he rejoined the fight alongside the rest of his commando squad.

"For more than six hours, Ron bravely faced down the enemy," President Trump said. "Not a single American died in that brutal battle thanks in great measure to Ron's heroic actions."

Shurer was already a year into his cancer battle when he received the military’s highest honor, something the president noted during the ceremony.

“He’s braved, battled, worked, he’s done everything he can, that cancer -- he’s been fighting it every single day with courage and with strength, and he’s a warrior," Trump said. "He's the best dad and role model two boys could ever ask for."

Shurer enlisted in the United States Army on Sept. 18, 2002 -- his second try after initially being denied for a medical condition.

“After seeing Sept. 11, and just seeing the war start to begin in Afghanistan, it just didn’t feel right to stay on the sidelines and not go out and try and play some small part in protecting America,” he said in the “Fox & Friends” interview.

He was promoted to staff sergeant on Dec. 1, 2006, and served with the Combined Joint Special Operations Task Force in Afghanistan from November 2007 to May 2008.

He received an honorable discharge in 2009 and joined the Secret Service a few months later, initially working in the Phoenix Field Office.

He is survived by his wife, Miranda, and two children.