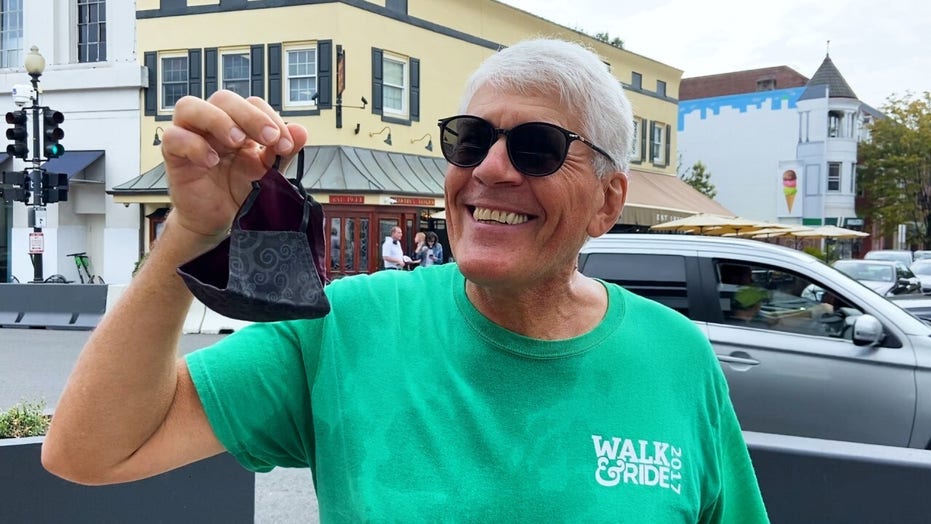 Washington, D.C. residents who spoke with Fox News on Monday were largely supportive of the city's renewed mask mandate.

Mayor Muriel Bowser's reinstated mandate, which went into effect Saturday morning, requires residents over the age of 2 to wear face masks indoors, regardless of vaccination. The order followed Centers for Disease Control and Prevention guidelines issued last week that recommend those in areas of the country with "high" or "substantial" COVID-19 transmission wear masks indoors.

"I think it’s great," one resident told Fox News. "If people aren’t going to get vaccinated then we have to stay safe."

Another local said: "Wear your mask indoors until they tell us to put them on again outdoors, then put them on outdoors too."

The CDC guidelines were issued as COVID-19 cases again begin to rise in the wake of the delta variant. Bowser cited a trend in cases when justifying the mandate. D.C. had a seven-day case rate of 61 as of Aug. 1 compared to 322 at its peak in January, according to a New York Times case tracker.

"I just think for us to get rid of this we need to be wearing masks," one D.C. woman told Fox News.

"What they really should do is allow businesses to mandate people be vaccinated," one resident told Fox News near Georgetown.

Another local who said he was vaccinated agreed: "We should mandate it," he told Fox News.

A few residents that spoke to Fox News did, however, disagree with Bowser's order.

"I think it’s crazy," one man who works for the city told Fox News. "I know everyone probably got vaccinated by now, so why do we have to wear masks."

The D.C government estimates that 54% of the city's residents are vaccinated compared to just under 50% of the U.S. population.

"I just think that it’s not necessary. I think people are smart enough to take precautions if you are in danger," another local explained.

Another resident said: "I think it's really messed up that we have to go backwards, people can't get their s*** together." He told Fox News he'd still comply with the order.

D.C. ended its mask requirement for anyone vaccinated in May.