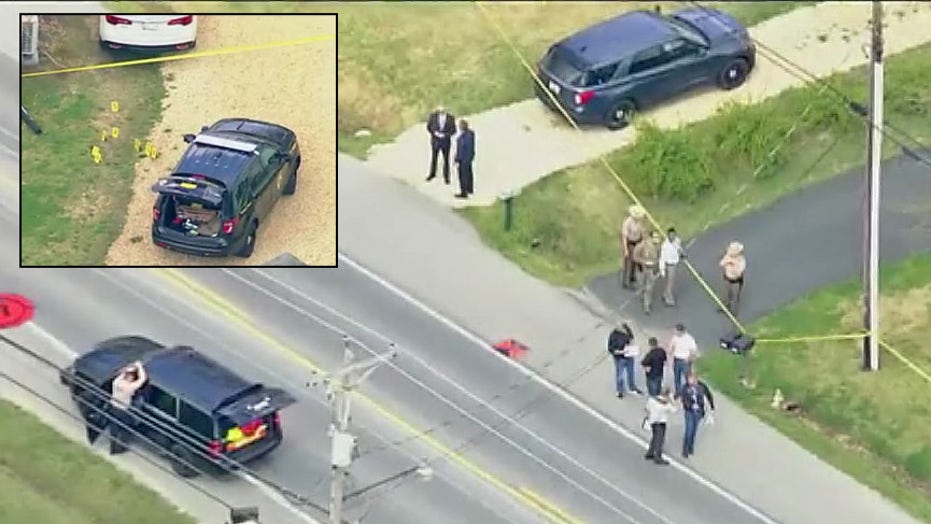 LEONARDTOWN, Md. — A Maryland State Police trooper responding to a pair of 911 calls shot and killed a teenager who was pointing what investigators determined was an airsoft gun at him, authorities said Tuesday.

The shooting occurred after state police received two 911 calls about someone acting suspicious, Superintendent Woodrow Jones II told a news conference. The first caller said he thought the person had a gun, left a telephone number but didn’t give an address before hanging up, Jones said.

A second caller gave a street address for the suspicious person that was a short distance from the Leonardtown barracks, but the caller hung up before identifying themselves, Jones said.

Jones said the trooper, who responded alone, encountered Peyton Ham, 16, who he said had a gun and a knife. According to the superintendent, a witness said they saw Ham in the driveway of the home "in a shooting stance" and pointing a weapon at the trooper.

"The trooper fired at the male, wounding him," Jones said. According to another witness, Ham then pulled out a knife and tried to get up.

"The trooper ordered him to drop the knife before he fired again," Jones said, adding that the trooper reported the shooting and called for emergency personnel while other troopers gave first aid. Ham was taken to a nearby hospital, where he was pronounced dead, Jones said.

An investigation revealed that the weapon Ham wielded was an airsoft gun, which is commonly used to shoot BBs and which Jones called "a close representation of an actual handgun."

The teenager was white, as is the trooper who shot him, according to Maryland State Police spokesman Greg Shipley.

The trooper, who has been with the state police for two years and seven months, has been placed on administrative leave pending the investigation, Jones said. The trooper was not hurt, he added.

Leonardtown is about 60 miles southeast of Washington, D.C.