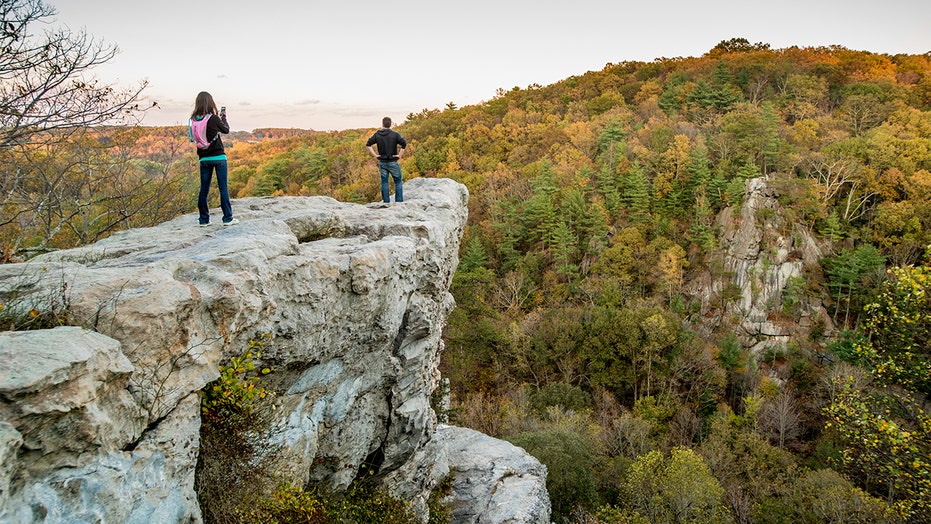 A 22-year-old man fell to his death at Rocks State Park in Harford County, Maryland, on Monday, police confirmed to Fox News.

Joseph Buxton, from Savage, Md., was at the park with his friends when he stepped out on to the rocks of the Queen Seat area, lost his footing and fell, Lauren Moses, the spokeswoman for Maryland Natural Resources Police, told Fox News.

The King and Queen Seat rises 190 feet above the park, according to the Department of Natural Resources website, which also has urged hikers to "use caution in this area."

A man and woman on the King and Queen Seat rock formation at Rocks State Park in Maryland. (Edwin Remsburg/VW Pics via Getty Images, File)

Police say they were called to the scene around 10:41 a.m. and Buxton was pronounced dead there.

Crews took his body to the medical examiner's office for an autopsy.

Buxton wasn't the first person to die at the scenic outcrop described as a challenge even to experienced hikers. In June 2018, a 35-year-old man also fell from the same area and died, according to officials. In July 2015 another person committed suicide off the outcrop, investigators said.