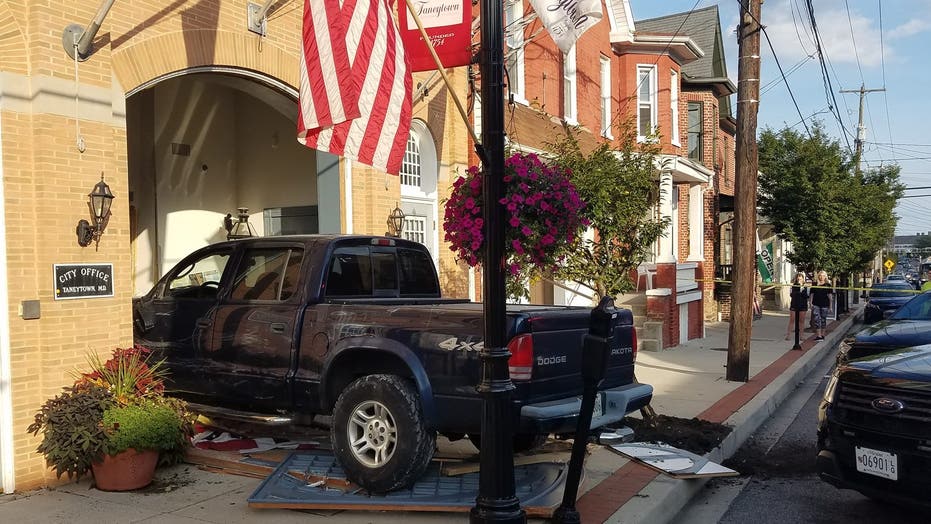 A Maryland man was arrested last week after he allegedly rammed his truck repeatedly into the local City Hall building — because the city turned his water off after he didn't pay his bill, according to the mayor.

The man was hit with a slew of charges after the incident, which took place in Taneytown, a city roughly 50 miles northwest of Baltimore, just before 6 p.m. on Friday.

Witnesses told police the man "struck the building multiple times" with his truck on purpose — an action Mayor Bradley Wantz described as "nothing less than a terroristic attack on the city."

"It is appalling that someone would be willing to endanger the lives of innocent people out of frustration with the city government," the mayor said in a statement, noting that a city employee who was inside City Hall could've been hurt. "Had this incident occurred during city hall office hours, it is evident from the damage that some of our beloved employees would have been in grave danger."

A man rammed his truck into the Taneytown City Hall in Maryland because the city shut his water off after he failed to pay his bill, the mayor said. (Taneytown Police Department)

“I proceeded to walk to the truck and say, ‘Sir, are you okay?’ and that’s when he told me to get the f--- away from his truck and these people want his effing life.”

City Hall was closed until Tuesday because of the incident.

The driver was charged with second-degree assault, second-degree burglary, reckless driving and malicious destruction of property, among other offenses.