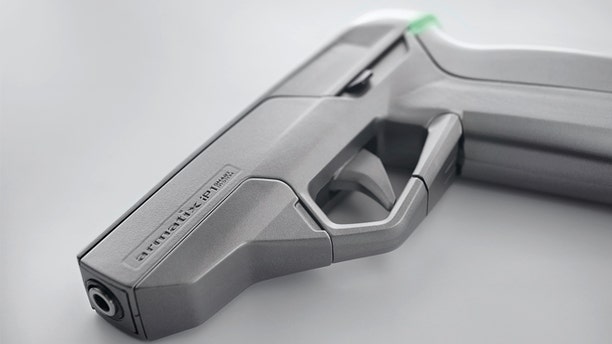 A Maryland firearms shop owner is backing away from plans to sell a smart gun after backlash from gun rights advocates who fear the technology in the high-tech firearm will be used to curtail their Second Amendment rights.

Andy Raymond, owner of Rockville gun store Engage Armament, told The Washington Post he is backing down from selling the gun after word about his plan was spread online by gun rights blogs. He said he even received a death threat.

"I thought what I was doing was right,” he said. "I didn’t want my shop burned down."

The .22-caliber pistol, made by a German company, can only function with an accompanying wristwatch, which is sold separately.

Gun rights advocates worry that the firearm's availability will give a boost to a New Jersey law mandating that all handguns in the state be personalized within three years of a smart gun going on sale anywhere in the U.S.

On Friday, state Sen. Loretta Weinberg, who sponsored the law, said she would ask the legislature to drop the mandate if the National Rifle Association promises not to fight the development and sale of the weapons, The Washington Post reported.

In a brief response, Chris Cox, executive director of the NRA’s Institute for Legislative Action, said the NRA is interested in "full repeal" of the "misguided" law.

After being inunated with phone calls and emails from smart gun opponents, Raymond took to Facebook to post a video in which he vowed not sell the gun.

“I did not know I would be screwing you over,” Raymond said in the video, referring to New Jersey residents. “I’m terribly sorry...You don’t have anything to worry about from me.”

Some of Raymond’s longtime customers told MyFoxDC.com they stand by him.

"It’s ridiculous," customer Vince Roa told the station. "I know Andy has spent a lot of money helping with gun rights in Maryland."

The Oak Tree Gun Club, a Los Angeles-area gun shop, removed the smart gun from its shelves in March after protests. The owners later denied ever carrying the gun.