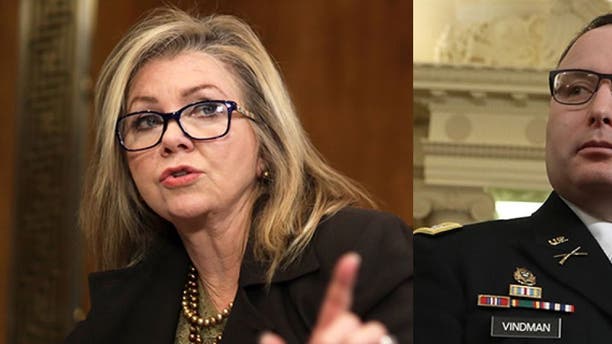 Top GOP senator implicates impeachment witness in possible whistleblower conspiracy as Dems wrap up third day of Trump trial
As the third day of President Trump’s Senate impeachment trial wrapped up Thursday, most of the drama was elsewhere -- with one witness for the Democrats accusing a Republican senator of "defamation" and "slander" after she questioned his patriotism and implicated him in a scheme to take down Trump from inside the White House.

The spat began Thursday evening on Twitter, when U.S. Sen. Marsha Blackburn, R-Tenn., quoted the commanding officer of Lt. Col. Alexander Vindman as saying that Vindman was a "political activist in uniform." Vindman, a National Security Council official, testified during House Democrats' impeachment inquiry last year that Trump's Ukraine dealings left him in a state of "shock." Democrats quoted from Vindman's remarks during the Senate trial on Thursday.

Vindman has denied knowing the identity of the whistleblower who flagged Trump's fateful July 25 phone call with Ukraine's president. Republicans have questioned that claim because under cross-examination, Vindman apparently admitted to leaking the contents of Trump's call to the whistleblower.

As U.S. Rep. Adam Schiff, D-Calif., who presided over House Democrats' impeachment inquiry and is the leading impeachment manager at the Senate trial, spoke Thursday and made references Vindman, Blackburn fired off a series of tweets.

"It makes sense that Alexander Vindman leaked the July 25th phone call to his friend (aka the 'whistleblower')," Blackburn tweeted. "They both have lots in common: —Held the same NSC job —Liberals who worked under Obama —Wanted to take out Trump."

Vindman's legal team responded within hours, accusing Blackburn of slandering him with "defamatory tweets." Speaking to "The Ingraham Angle" late Thursday, Blackburn doubled down. Click for more on our top story.

TUNE IN: Don't miss an exclusive interview with President Trump tonight on "The Ingraham Angle" at 10 ET!

The 80-year-old victim died in the province of Hebei, near Beijing, after visiting relatives in Wuhan for more than two months, according to local reports. Nearly 80 people who had been in contact with the victim have been quarantined. The death brings the total number of coronavirus victims to 25, more than half of which occurred in Wuhan.

Meanwhile, at least 830 cases of people infected by the disease have been reported worldwide. Chinese officials on Thursday locked down at least six cities: Wuhan, Ezhou, Huanggang, Chibi, Qianjiang, Zhijiang, Jingmen and Xiantao -- all in central China's Hubei province, where the illness has been concentrated, during the busy Lunar New Year travel period. 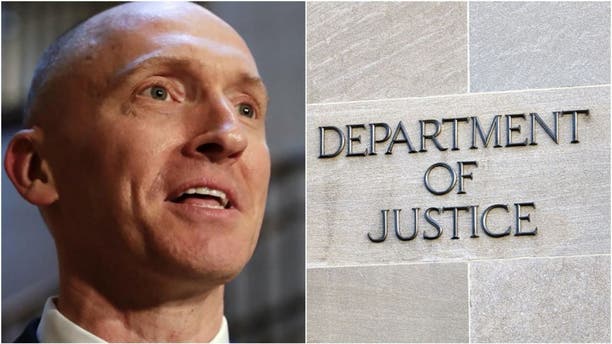 The DOJ's admission essentially means that the Foreign Intelligence Surveillance Act (FISA) warrant authorizations to surveil Page, when stripped of the FBI's misinformation, did not meet the necessary legal threshold and should never have been issued. Click here for more.

THE LATEST FROM FOX BUSINESS
Coronavirus is a threat to oil markets.
Bayer faces fourth U.S. Roundup cancer trial in Monsanto home court.
How hundreds of Americans raised their credit scores by 120 points in a year.

Shannon Bream shares "darkest days" to "hopefully bring someone else back from the brink."

Laura Ingraham sarcastically claims that House Intelligence Committee Chairman Adam Schiff had developed the "power to read minds" in the course of the Trump impeachment investigation.